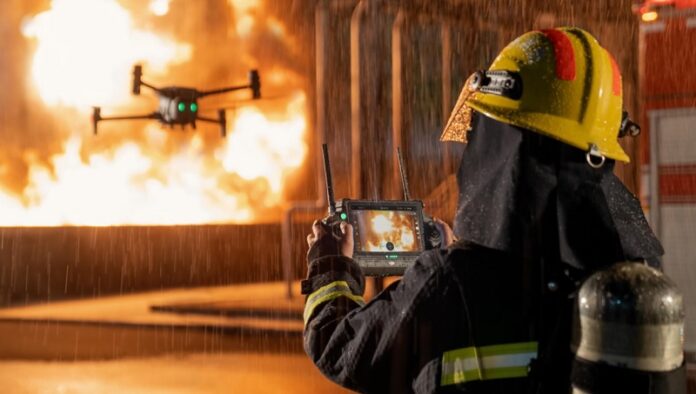 DJI has officially revealed their new Matrice 30 series, designed for heavy-duty professional jobs. The DJI M30 and 30T feature 54 km/h wind resistance and the ability to fly in snow, heavy rain (IP55 rating), and temperature as low as -20°C (4°F).

Designed for harsh flight conditions, the DJI Matrice 30 comes with built-in advanced redundancy systems to help keep your critical missions going even in unexpected scenarios. DJI claims that their M30/M30T features Three-propeller Emergency Landing. In the unlikely case of a motor malfunction during flight, the M30 Series can make an emergency landing with just three propellers/motors. Basic controls, such as ascending, descending, and horizontal movements, are still in place. Inevitably, the drone and the payload will be damaged during the landing, but the operator can choose to land somewhere away from people or buildings to keep them safe.

In addition to DJI’s four-antenna OcuSYnc 3 communication system, the M30 series features an LTE GSM link for backup transmission that allows it to maintain connection in complex terrains. For an ultimate flight experience, the Matrice 30 series comes with the DJI RC Plus remote controller that has a 7.02″ LCD touchscreen, with a resolution of 1920×1200 pixels, and super brightness of 1200 cd/m2. While in FCC mode the range is up to 15KM, in CE/SRRC/MIC modes is 8Km.

The TB30 intelligent flight 6S battery has a total power of 131.6 Wh and provides up to 41 minutes of flight time. The expected hovering time is about 36 minutes. The smart battery pack has the following built-in safety features: Anti-Backflow, Short Circuit, Over Voltage, Over Current, and Temperature.

The M30 and M30T aren’t the cheapest DJI drones but for an enterprise product, this is somehow normal. While the Matrice 30 starts at $10,000 the M30T with additional features starts at $14,000. The new DJI Dock is available separately and according to the company is currently being tested and will be available for orders in Q4 of this year.