Home News Mavic Mini alternatives: The Best and The Cheapest! 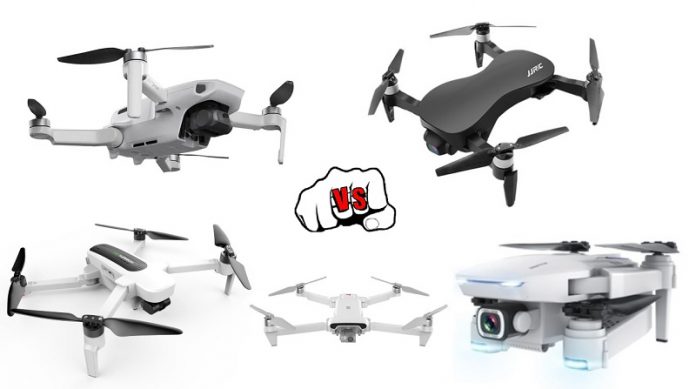 We’ve spent a lot of time with the Mavic Mini – DJI’s lightest drone. It is a very portable machine that is easy to operate and has great flight performance as well. Let’s take a look at what makes the DJI Mavic Mini so great, then let’s find some alternatives.

According to DJI, each removable battery will allow you up to 30 minutes of flight time. While in the US you can fly it over 4 kilometers away from you, in Europe the range is limited to about 2000 meters. Most places in the world limit you legally to 120 meters (400 feet) above the ground, but technically the MM can fly to a height of up to 500 meters (max service ceiling above sea level is 3000 meters).

To be honest, in terms of features, the Mavic Mini isn’t close to be the best drone under $500. In its price tag, there are lots of much more versatile quadcopters. What makes it unique is its compact size and low weight. IMHO, the biggest challenge of drone manufacturers to design a true Mavic Mini alternative is not to exceed the “magical” 250-gram limit.

In the table below I will try to compare the most important specs of the 3 best Mavic Mini alternatives that you can buy right now. I highlighted with red were the FIMI X8SE excels, with green were the Zino shines and with blue the straightness of EX4 Aurora. I marked with orange were the Mavic Mini is the clear winner.

If I had to choose just one drone to promote as an alternative to the Mavic MINI, it would be the FIMI X8S8. As you could read in our “Mavic Mini vs FiMI X8 SE” article, these two drones are very similar in terms of functionalities. Both have excellent flight time and control range.

I personally tested these two and I can confirm that both are great drones in their own unique way. I liked the Mavic Mini’s portability and the better flight performance of the FiMI X8SE.

Due to the 4K camera, the FIMI X8 has noticeable better image quality. Its “Smart tracking” feature is very handy when you are on a bike or just have some outdoor fun with your friends.

For sure, the most important purchasing decision factor after price, flight performance is image quality. While the Hubsan Zino comes with a 4K@30fps camera, the Mavic Mini has a 2.7K@30fps one. Both feature 3-axis mechanical stabilization.

As Hubsan recently launched their Zino 2, the price of its older brother dramatically dropped from $499 to $299.

As the EX4 weighs almost double as the Mavic Mini, requires to be registered at FAA before you can fly it legally.

With 4K camera and up to 33 minutes, the YUNEEC Mantis G 4K is currently one of the best Mavic Mini alternatives. Unfortunately, weighing more than 500 grams it requires FAA registration before you can legally fly it in the US.

Its mechanically stabilized camera is capable to record 3840 x 2160 with 30 frames per second. It can take 13MP still images in jpeg or JPEG+DNG formats.

Mantis G’s versatile PX4 flight controller ensures you’ll have no shortage of fun while flying and a nearly legendary degree of stability. Also, the YUNEEC Mantis G 4K is capable of intelligent flight modes like visual tracking and voice control.

Other Mavic Mini alternatives you could consider

In addition to the above-mentioned Mavic Mini substitutes there are other few drones that you could consider. Even DJI has an older model for less money but with quite a nice performance.

If you like the Mavic Mini’s design but you have a tight budget, the ToySky CSJ S162 could be your best option. For less than $100, it features GPS positioning system and 4K camera. Furthermore, it weighs less than 250 grams, which means that no FAA registration is required (at least for now).

It is also an affordable alternative in case your 7-year-old kid asks for his first drone. Anyway, you should not be fulled by the appearances. Featuring brushed motors, the ToySky S162 is just a toy compared to DJI’s Mavic MINI.

Maybe the Spark has only half of Mavic Mini’s fight time and range, but at least it features Active tracking and mobile device direct control (no remote is required).

The DJI Spark isn’t close, in terms of camera quality, like its bigger and more expensive cousins. Its outdated camera has only 2-axis stabilization and is capable to record full HD (1080P) with just 30 frames per second.

DJI Spark weights 300 grams at takeoff, which is over FAA’s weight limit. Even so, Spark is still a very light and easy to carry the drone. Furthermore, in its weight and price category, Spark has probably the most complex avoiding and sensing system.

Weighting only 245 grams, the MJX Bugs B7 is one of the best Mavic Mini alternative. In addition to the foldable design, it features an onboard 4K camera with remote angle adjustment and WiFi FPV. 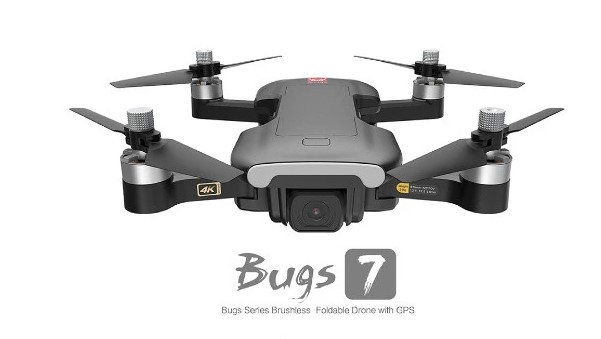 Of course, priced for only $179 we can’t expect from the MJX B7 to have the same outstanding flight performance of the much more expensive Mavic Mini. Its 7.6V/1500mAh battery allows about 15 minutes of airborne time.

I hope I succeeded to give you a bit of an overview of each Mavic Mini alternatives. I tried to underline not just the pros but also the cons of each drone. Before making the final decision you should consider not just the price, battery life, range, and camera performance, but also after-sell services like customer support and warranty handling.

As we are only at the beginning of 2020, I expect new drone lunches in the following months. I promise to update this article as soon as new Mavic Mini alternatives are revealed.

Thanks for visiting FirstQuadcopter.com – Your #1 drone news & reviews provider