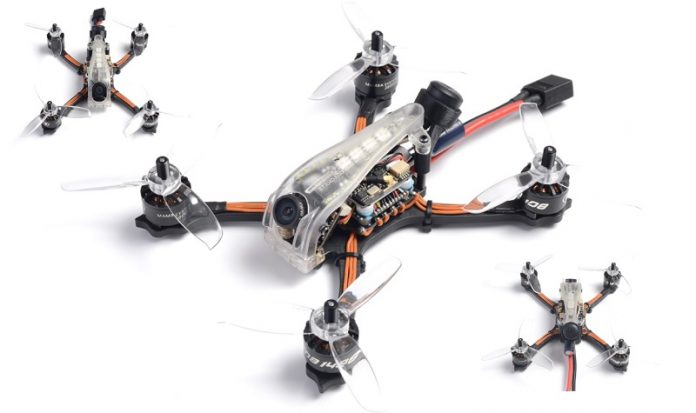 Although many FPV pilots say that powering their drone with 6S LIPO batteries ads only useless weight to their racing quad, new releases are announced almost every day. While most 6S rated quads come with low KV motors, the Diatone GT R369 SX has 2800KV motors which are rather used with 4S batteries.

Besides increased agility and top speed, one of the most important advantages of 6S over 4S is the lower current required to generate the same power which translates into less stress for the ESC and the battery. Also, at same capacity, a 6S battery will provide longer flight time over a 4S one.

Needed to be completed with

Being sold as PNP package, you will need a complete set of radio (receiver & transmitter), flight battery and charger. For top performance you will need a 6 cell battery with high continuous discharge rare (“C” rating).