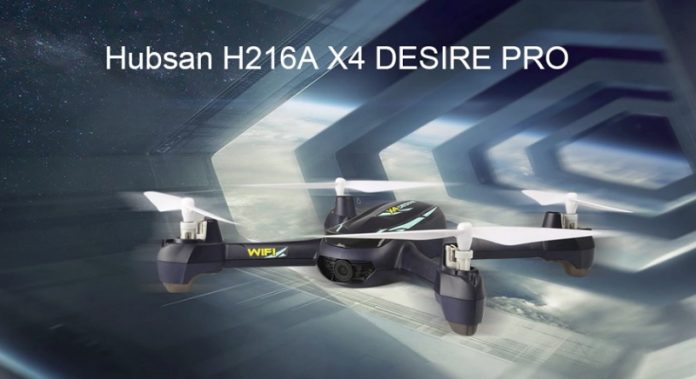 Hubsan, a serious player on the toy drone market, just announced their new UAV called Hubsan H216A X4 DESIRE PRO. Like most of the latest drones, the Hubsan H216A also features a dual control mode. You can control the aircraft through the included HT009 transmitter or through your smartphone.

In front of the fuselage is located the FULL HD camera, which allows recording aerial videos with a resolution of 1920 x 1080 pixels. In addition, the camera features WiFi real-time image transmission. You can display the camera’s live video feed on your mobile device.

While on Banggood I found that the H216A drone is powered by a 750 mAh battery, GearBest says that it comes with only 610 mAh Li-Po.

With a price tag of only $99, it features neither GPS positioning nor brushless motors.

Included with the Hubsan H216A drone