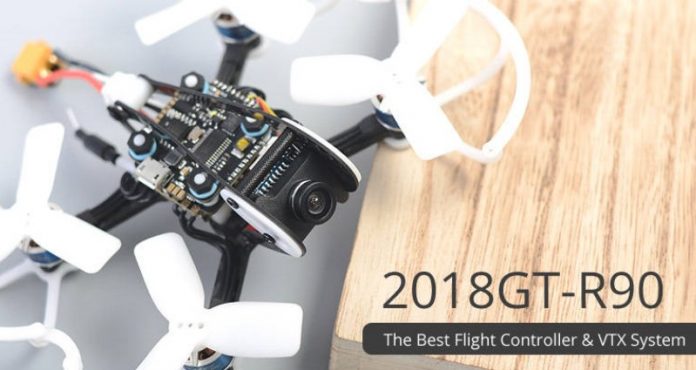 It’s only October of 2017, but many drone brands started to announce their new models for 2018. Diatone’s GT-R90 is a micro sized FPV drone equipped with powerful brushless motors and topnotch FPV system.

Instead of an all-in-one approach, Diatone opted for a tower design with 3 layers (flight controller, ESC and VTX).

Built around the versatile F4 flight controller, the Diatone 2018 GT-R90 drone can be configured with multiple flight modes. While “Angle” mode is super stabilized and suitable for newbies, “Air” mode aka free style mode is not stabilized at all and it is recommended only for professional pilots. Like in the real life, there is also a middle way, called Horizon mode. 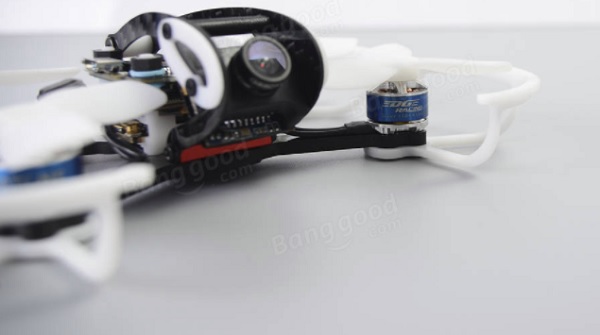 In front of the drone is located the G1 Sniper 600TVL camera with 130 degree field of view and Sony CCD image sensor. In order to achieve good reception in almost any flight conditions, the FPV camera is paired with a high power 5.8G VTX. The BS Unify Pro video transmitter can be set with up to 800mW broadcast power. Note: Ham license is required for operation on Ham channels and Ham power levels.

In the rumored specs nothing is mentioned about the Diatone GT-R90’s battery and radio receiver compatibility. Anyway, I hope it will be at least compatible with FrSky and FlySky transmitters.