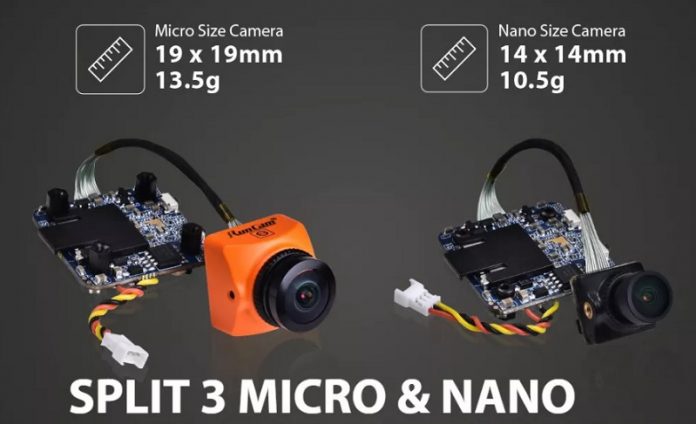 Back in 2017, the first generation of RunCam Split camera was considered a true game-changer product on the FPV market. Now, they are planning to release two new FPV cameras based on the same concept, but with a much smaller size. While the RunCam Split 3 Micro measures 19 x 19mm, the RunCam Split 3 Nano only 14 x 14mm. The Nano is not just smaller, but also 3 grams lighter than the Micro.

Just like the Foxeer MIX 2, the Split 3 Nano and Micro cameras are capable to record FULL HD videos with 60 frames per second. Thanks to the DVR’s built-in microphone, are capable to record videos with audio. RunCam claims that their new Split 3 cameras features Power-off protection, which means that unfinished records will be still usable. According to the specs, AV-out latency is around 40 milliseconds.