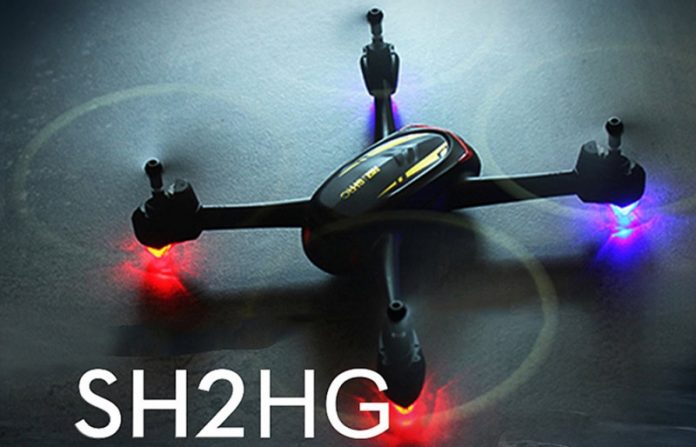 As design, the SHRC SH2HG quadcotper is very similar to the more expensive Hubsan H216A, which was labeled by our review team as “Best drone with 1080P camera and GPS under $150“.

During night flights you will be guided by 4 LED lights, two red LEDs in front and two blue on back (one under each motor).

Although SHRC provides with their SH2HG quadcopter a nice game-pad style remote controller, it also features phone APP control. You can control the drone with your smartphone through virtual sticks or through gyro-sensor (by tilting the phone). 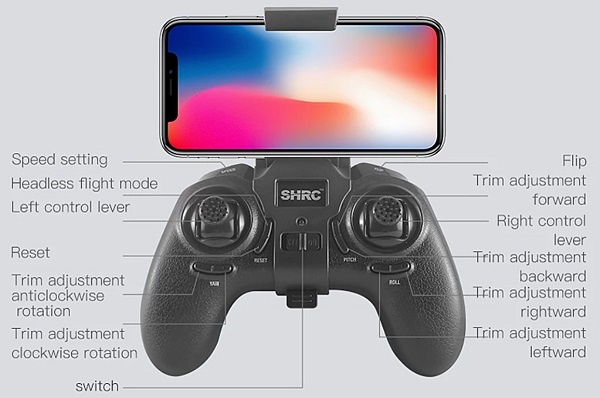