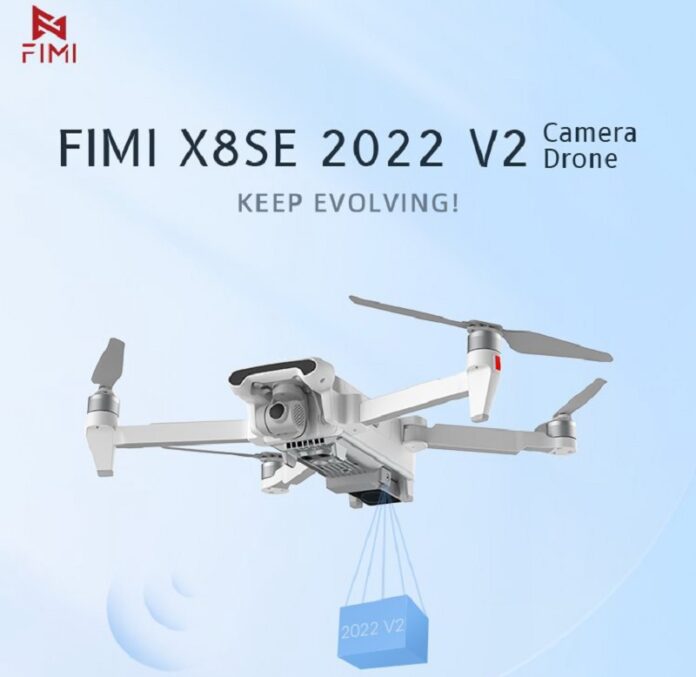 In the last few days, lots of teaser photos appeared of the upcoming second-generation FIMI X8SE 2022 V2 drone. While the company’s slogan for the X8 series is ‘Keep evolving‘, over the last 4-5 years, they made only shy updates of the original model. The design of both drone and controller remains about the same.

Apparently, V2’s only upgraded compared to the recently reviewed FIMI X8SE 2022, is an extension port for accessories such as release-and-drop mechanism or megaphone modules. The leaked photos also show a couple of extra bottom sensors and two searchlights. To be honest with these minor upgrades they can’t compete with DJI’s new MINI 3 Pro drone. Despite that the X8SE 2022 V2 weighs 3 times more as its contender does not even have an obstacle avoidance system.

According to the advertised specs, the camera of the V2 looks identical to the one that is on the V1. The 4K camera features a 1/2″ SONY CMOS image sensor and an f1.6 aperture lens. Here I should mention that the promised 48mp photo resolution on the V1 is still not enabled after more than 6 months of being on the market.

The second-generation FIMI X8-2022 V2 can be ordered from Banggood with 9% off for $499. This price includes a set of spare propellers, one flight battery, charger, and release-and-drop plus megaphone module.

Like its predecessor, the FIMI X8SE 2022 V2 features a 3rd gen RokLink communication system that provides up to 10km range. The teaser photos show again a new controller with a built-in screen for FPV view, similar to DJI’s RC Pro controller. While the first photos of this mysterious transmitter appeared about a year ago, so far no one was able to actually see it or test it.

In terms of battery life, there are also no upgrades compared to its predecessor. The X8 2022 V2 is also powered by a 4500mAh which promises the same 35minutes of flight time. 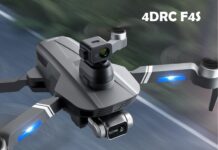 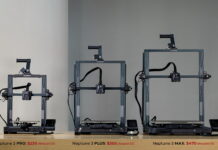