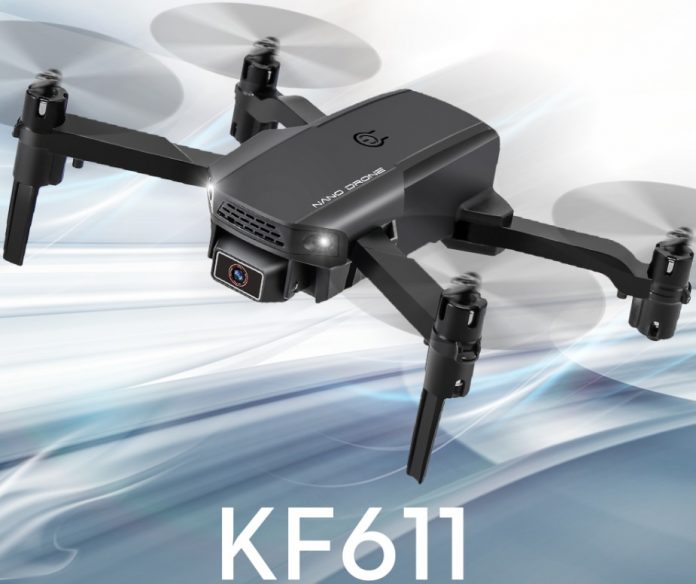 KF611 Mini has two versions, one equipped with camera ($29.99) and another without ($19.99). Both are available with 1, 2, or 3 flight batteries and optional handbag. In case you opt for camera edition, you should now that it features remote camera angle adjustment and WiFi real-time image transmission. It even claims to be a ‘4K’ one, the UHD resolution is applicable only for photo mode – videos are captured in 1080p.

According to the advertised specs, the 800mAh battery allows about 10 minutes of flight time. The KF611 Mini can be operated either by the included remote controller or by your phones (virtual sticks or gyro – tilting the phone).

Include accessories with the KF611 mini foldable drone: