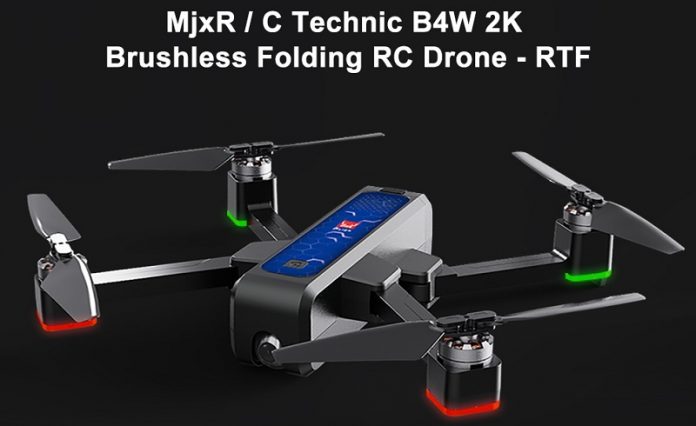 MJX’s Bugs series gets a new member called B4W Technic. Based on the first rumors we can say that it is the most versatile yet. It features triple positioning system (Optical flow + Ultrasonic + GPS), intelligent flight modes and excellent control flight autonomy. Furthermore it comes with space saving foldable design and on-board 2K camera. With folded arms, the aircraft measures only 11.5 x 7.5 x 20.5 cm.

According to the manufacturer’s specs, the 7.6V/3400mAh battery pack allows up to 25 minutes airborne time. As charging time is about 270 minutes I thinks it is worth to invest in a second flight battery.

Thanks to the fail-safe return to home feature, the MJX R/C B4W will autonomously return to the take-off point, if battery is near empty or aircraft is out of transmitter range (RC signal loss). 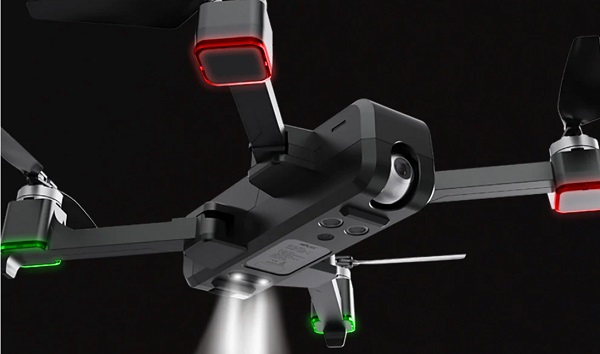 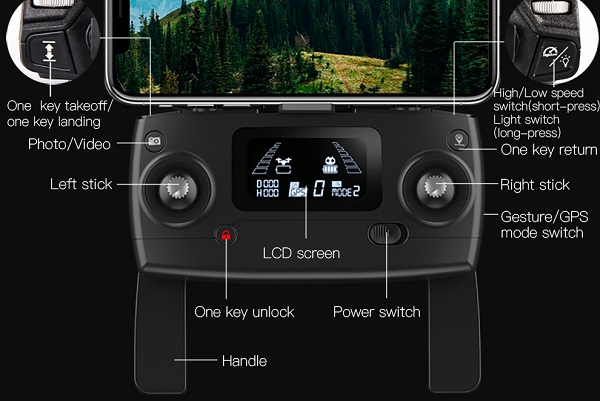 As you can see in the image above, the MJX Technic B4W is packed with a nice transmitter with built-in phone holder and more than 1KM control range . On front panel besides the usual control sticks, you have only 3 control buttons (Photo/Video, Lock/Unlock motors and RTH). While the left shoulder button activates take-off/landing, the right one allows to toggle between Low and High speeds. 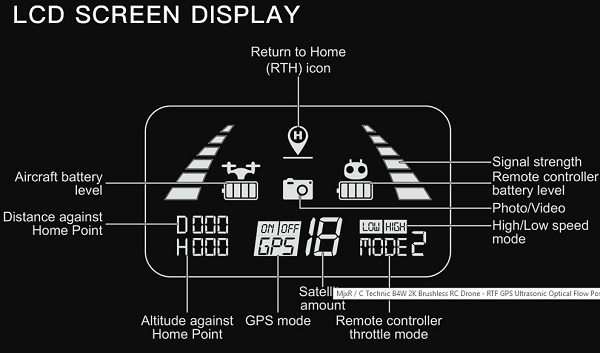