Diatone just revealed for 2018 two new racing drones, the GT-M3 Normal X 130mm and the GT-M3 Stretch X 143mm. Checking the rumored images, I find out there is only slight  design difference between these two quadcopters. The price gap between the GT-M3 130mm and GT-M3 143mm is only $3.

According to your flight skill you can configure these racing drones with 3 different flight modes (Angle, Horizon and Air).

Both versions are delivered in PNP package. You will need to use your own LiPo battery, and radio system (receiver and transmitter).

After the Normal X and Screeched X, Diatone announced a 3rd model of the GT-M3 series called Normal Plus. While it is also based on the F4 flight controller, the frame shape is completely different. 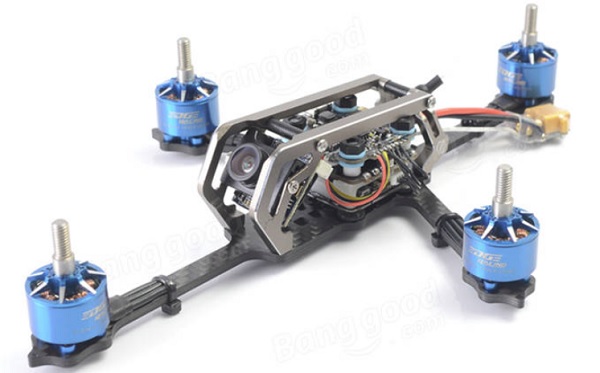 Frankly, the design of the GT-M3 Normal Plus seems to be not just stupid, but also dangerous. As you can see in the image above the frontal motor is fully exposed for crash. Even if the arms are made of thick carbon fiber, they will surely break on hard crashes.