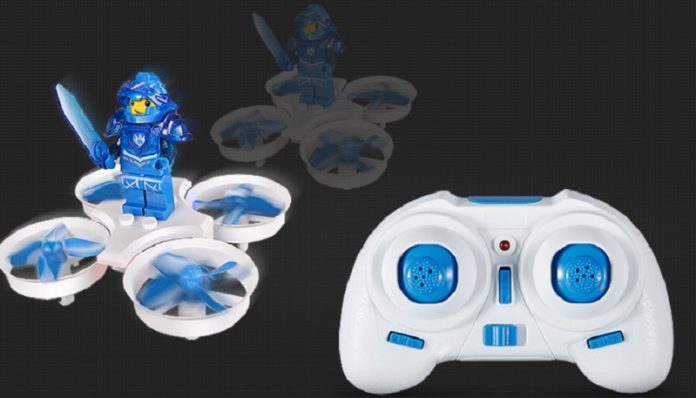 Lately, many drone manufactures try to combine the fun of drones with Lego bricks. The Eachine E011 comes with a brick plate instead of a regular cockpit, which allows to attach the included Lego Nexo Nights alike figure on top of the drone.

Thanks to the Tiny Whoop ducted propeller design, the Eachine E011 is safe for indoor flights. Kids can fly around the house without worrying about damaging or hurting anything, including themselves.

Like its predecessor, the E011 comes with the same minimalist and toyish remote controller. On the front panel, besides the two control sticks, there are only 3 trimming switches. No shoulder buttons.

Included with the E011 quad