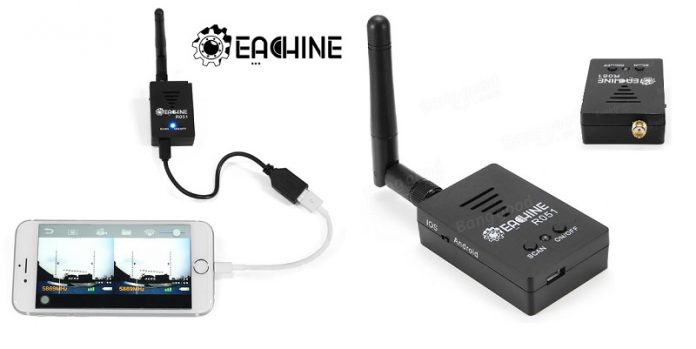 These days, everyone has at least one smartphone in their pocket which could be used as 5.8G FPV monitor among this Eachine R051 android FPV receiver. Of course if latency is not critical. Because in my opinion these smartphone FPV receivers are not fast as dedicated 5.8G displays.

Eachine R051 is compatible with both popular mobile operating systems. There is a micro switch on the left side of the VTX that allows to toggle between Android and iOS.

On the rear part of the FPV receiver are located the control buttons (“Scan” and “On/Off”) and the status LED.

Through the APP, you can record your flights as well to capture still photos.

Additional to the included accessories, in order to interface the Eachine R051 with your smartphone you will need a micro USB cable.