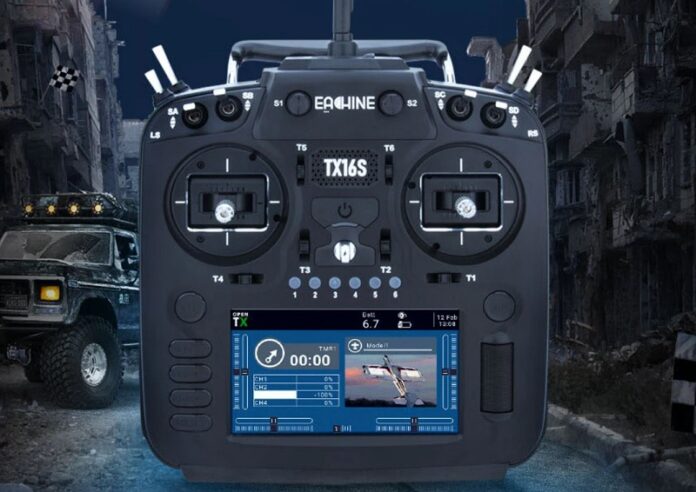 From the first rumored images was obvious that the Eachine TX16S is a RadioMaster TX16S clone. I adopt an almost identical design and a similar set of features. Both run OpenTX firmware, has 16CH transmission channels, and are equipped with pro-grade Hall Sensor Gimbals.

The Eachine TX16S remote controller is powered by two pieces of 18650 batteries. You can also power it with 2s LIPO cells. The battery can be recharged conveniently via the Type-C USB port. Its 4.3-inch color status screen has a resolution of 480*272 pixels. It has two screw holes on top for FPV monitor installation.

The Eachine TX16S radio has a total of eight switches (4 on the front panel) and two dial knobs. It has two shoulder switches on each side of the RC. 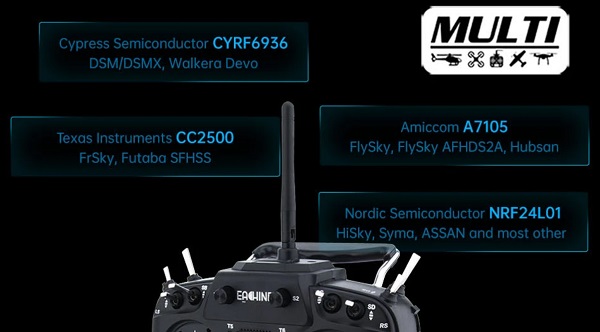