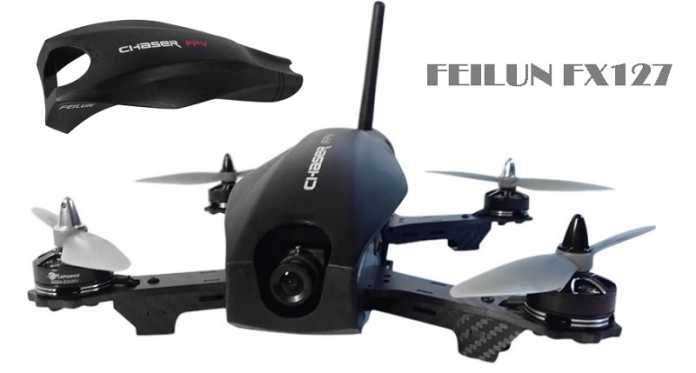 Frankly, I never heard before about “FEILUN” drone manufacturer but I’m glad to have come recently across their FX127 Chaser racing quadcopter. Like many other new racers, this FEILUN FX127 is also based on the popular CC3D flight controller.

In the front part of the aircraft there is an 800TVL camera which is pretty well protected by the removable canopy. The camera’s live video feed can be displayed on the included 5.8GHz FPV screen.

Unfortunately, the flight autonomy of the FX127 quad is disappointingly short, only 5-6 minutes. I’m curious if the battery compartment is sufficiently large to accept a battery with higher capacity in order to achieve a longer flight time.

Offering an all-in-one concept (aircraft, remote controller and FPV system) the FEILUN FX127 has a very attractive price, being advertised for about $280.

Bellow you can watch a short test flight video with the FX127 racer quad.