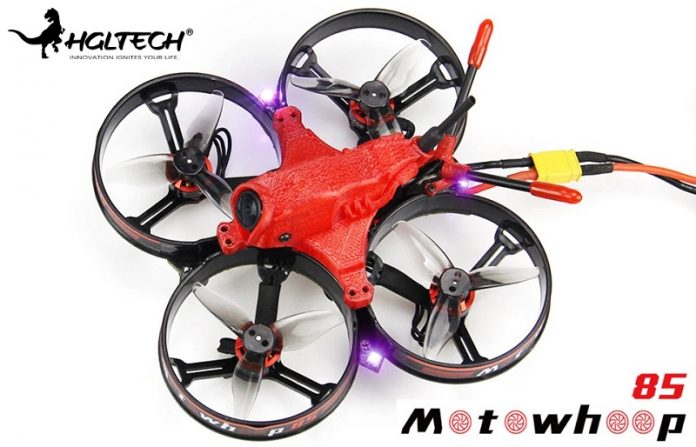 As you can see in the image below, the HGLRC MotoWhoop 85mm has a motorcycle alike design. Of course, it still has 4 propellers instead of two wheels :D.

Like its name says, it is built on an 85mm size carbon fiber frame with large Whoop style blade protectors. Despite its small size is suitable for both indoor and outdoor flights. HGLRC MotoWhoop 85 comes with an XT30 battery plug and it can be powered by 3 cell LIPO packs. The manufacturer suggests using as a power source a 3S/ 450~650mAh battery with a high discharge rate (at least 75C). 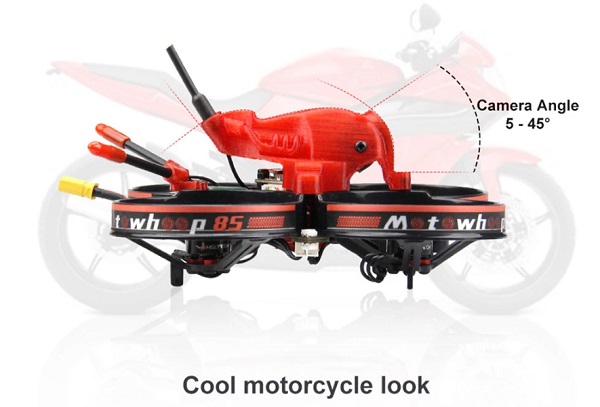 According to your existing remote controller, you can opt to purchase it in a bundle with multiple brands of radio receivers (FrSky, FlySks, or TBS). Its on-board RunCam Nano 2 FPV camera is paired with a high power (up to 400mW) video transmitter. 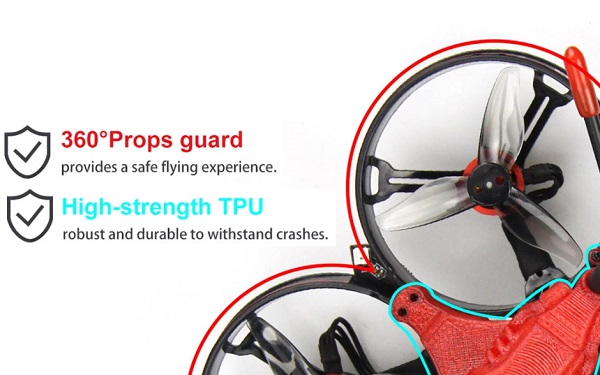