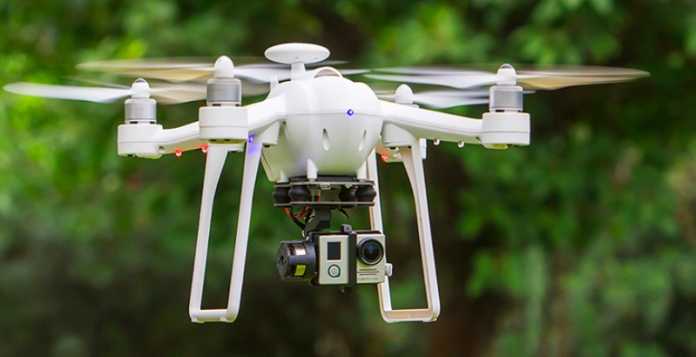 Till this Mars 350, Idea-Fly had other nice quadcopters but none succeeded to become popular and frankly I don’t now exactly why. It could be something like weak marketing or poor after market support.

In the age of DJI Phantom 4, the features of Idea-Fly Mars 350 seem to be from the dinosaurs era. Without offering fancy features like obstacle avoidance or HD video downlink, the guys from Idea-Fly can’t expect a great feedback from the market.

The 2-axis brushless gimbal allows basically to install any GoPro and alike cameras under the belly of the aircraft.

In order to allow extremely good flight autonomy, this Ide-Fly drone is powered by a high capacity 5400 mAh battery. This allows about 25 minutes ofcontinuous flight time.

If the communication between the aircraft and its transmitter (IDF i10) is disturbed or lost, the quadcopter will return by itself to the takeoff point.

Images with the IdeaFly Mars 350 quadcopter