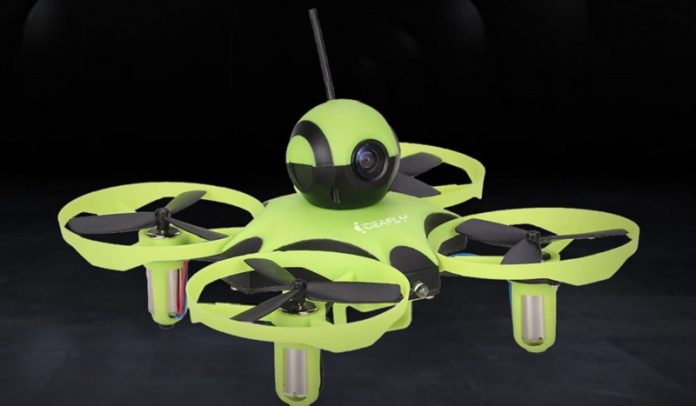 Like many Chinese drone manufactures, IdeaFly also announced their own TinyWhoop clone called Octopus F90. While its name suggests that we are dealing with an octocopter, it has only 4 rotors.

The IdeaFly Octopus F90 comes in a nice black/green color combination. In front of the drone is located a bright LED light that will help you track the aircraft during LoS (Line of Sight) night flights.

Featuring F3 flight controller you can set multiple flight modes on the Ideafly F90. While “Angle” mode is recommended for beginners, “Acro” mode will be loved by experienced FPV pilots. BTW, nothing is mention in the specs regarding the fact that it comes with BetaFlight or CleanFlight firmware.

In my opinion, the Tiny Whoop drone became very popular not just because its excellent flight performance but also due to its safe design. Thanks to the ducted propeller protectors they are perfectly safe for indoor flights. Lately few pubs started to organize FPV competitions in their location. Great fun along with a cold beer :) 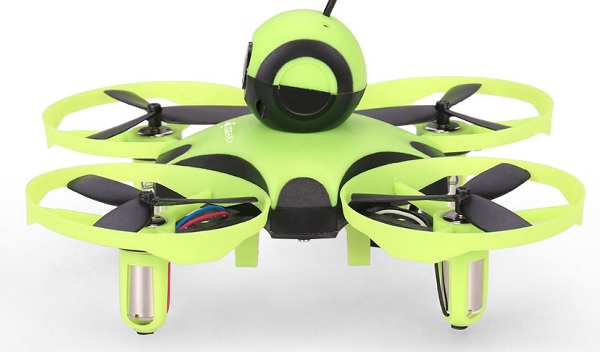 Although the package includes an USB charger I recommend to charge the Octopus F90’s battery with a dedicated balance battery charger. This way the 2-cell Li-Po will last more.

Included with the Octopus F90 drone