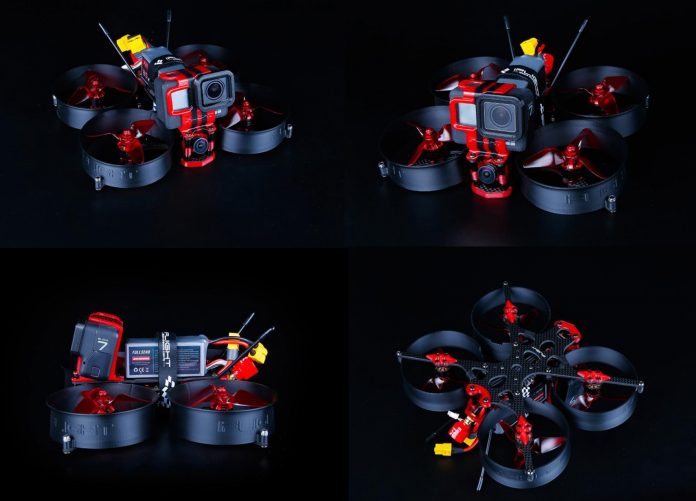 Despite its small size, the newly announced Iflight MegaBee 3i drone has impressive specs, lots of power and pretty cool features. With a wheelbase of only 152mm, can lift a GoPro camera. As its name says, it is 3 inch propeller compatible.

Similar to other brushless Whoops, the Iflight MegaBee is also equipped with Caddx Ratel FPV camera. The Succex Mini video transmitter features adjustable broadcast power, you can toggle between 25, 100, 200, 400 and 500mW.

According to your existing transmitter you can opt to purchase the MegaBee HD quadcoper in bundle with DSM2, FrSky XM+ or FlySky FS-A8S radio receiver. Iflight also offers frame KIT (no motors nor electronic parts) which includes GoPro 7 TPU camera mount.

As power supply, iFlight suggests to use with their new MegaBee quadcopter a 4s/850mAh or a 4s/1550 mAh LiPo battery pack.