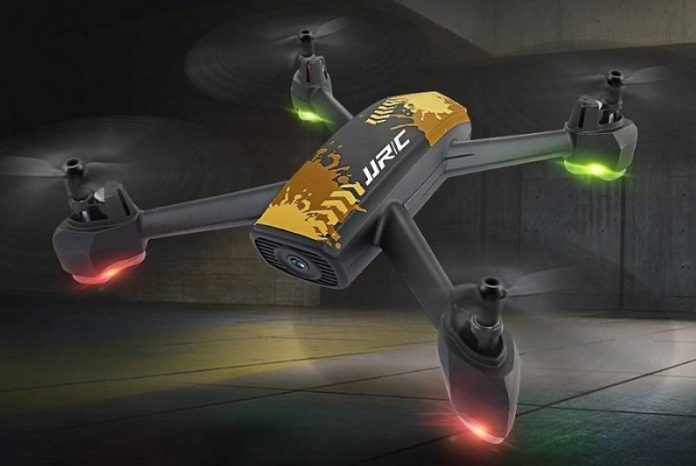 As in 2017 the favorites under $100 were the selfie drones, I think in 2018 it will be the ones with GPS positioning system like this JJRC H55 Tracker.

In addition to the common features (like headless mode and alt-hold), the JJRC H55 has precise GPS assisted one key return to home aka RTH. From now on you don’t need to worry about the battery level. When the 610mAh Li-Po is near empty, besides the APP alert, the aircraft will return autonomously to the take-off point and safely land. Advertised flight time is about 9 minutes.

Like its price tag, the H55 Tracker’s remote controller is very toyish, without any status or live-view screen. On front panel, besides the two sticks, there are 6 control buttons and 4 trimming switches. While the left shoulder button allows to toggle between speed rates, the right one engages the RTH.

In front of the aircraft is located a 720P camera which allows to take photos as well as to record aerial videos. Thanks to the WiFi FPV you can display the camera’s live-video feed on your mobile phone.

Features and specs of the JJRC H55 Tracker quadcopter 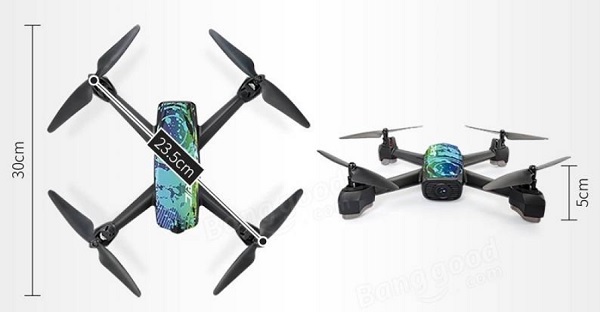 Whit wheelbase of only 23.5 cm, the H55 is very compact and can be used not just for outdoor flights, but also for indoors. Note: GPS system properly works only in open-field.

Included with the JJRC H55 drone