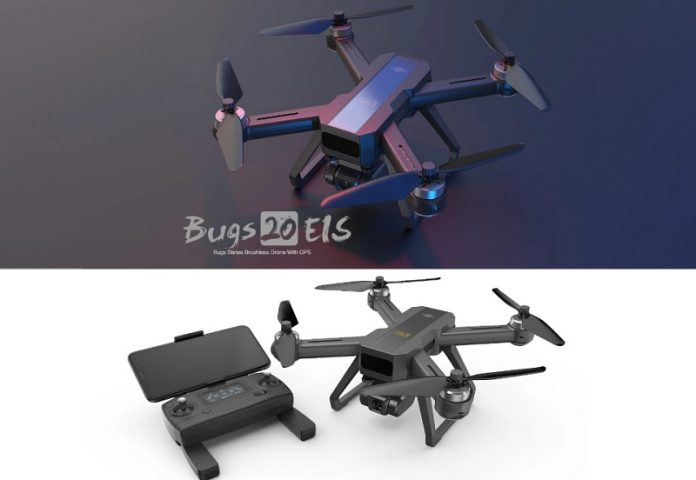 After a long absence, MJX came with a new model of the Bugs series called B20 EIS. As the product name says, its 4K camera features electronic image stabilization (EIS). The camera has a 1/3″ image sensor and a 2.8 mm lens. It can take up to 128GB micro SD cards and record 4840×2160@30fps or 1080P@60fps videos. Its 5G WiFi module is capable of going up to 600 meters with certain smartphone models.

Thanks to the powerful 1620KV brushless motors, the MJX B20 has wind resistance of level 4. According to the rumored specs, max flight speed is about 40Km/h and flight altitude is limited to 120 meters. Being powered by a 2s/3400mAh battery pack, it has around 22 minutes of flight time.

The Bugs 20 drone comes with more intelligent flight modes than its predecessors, B2 for example, with the addition of Follow me and Circle around a subject.

Update: I contacted MJJ regarding the possibility of review their new Bugs 20 drone, hope to get their positive feedback asap. Starting with this week you can (pre)order it from Banggood for $209, this price includes a remote controller and one flight battery.