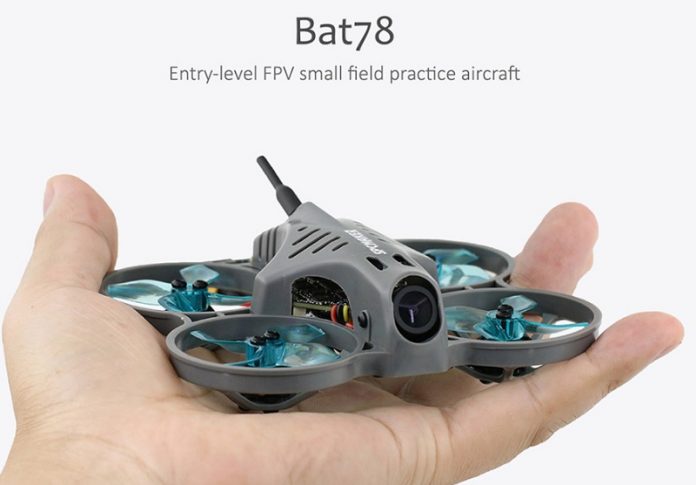 As its name says, the Bat78 is built on a 78mm size frame with duct blade guards and plastic protective canopy. Its brain is a versatile AIO F4 flight controller with an integrated 20A speed controller (ESC). According to your existing remote controller, you can opt for the following radio receivers: AC900, DSMX Pro, FlySky FS-RX2A Pro, or FrSky XM+.