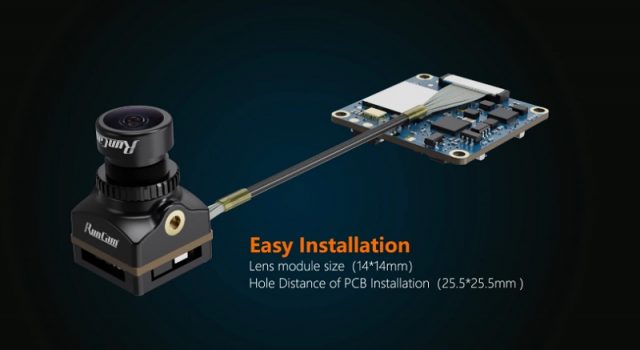 Back in 2017, when the first generation of RunCam Split has been announced, it was considered a game-changer FPV camera. The 2in1 approach offered low-latency and on-board recording at the same time. Now, the new RunCam Split 4 goes even further and it has a smaller size and 4K recording.

If you are into flying micro drones and want to get UHD videos, or you are a racer and want 4K footage without the extra weight of a GoPro, what’s not to like about the Split 4? Furthermore, settings can be changed from the flight controller via a UART serial port.

Thanks to the wide range of input voltage, it can be powered from 2S to 4S LIPO batteries. Or directly from ESC’s 5v BEC. 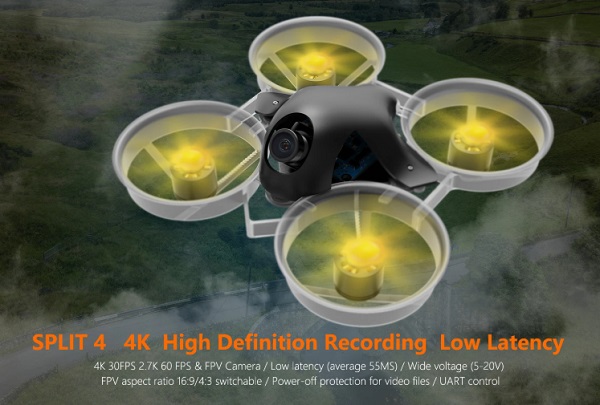 © Copyright 2014-2020 First Quadcopter. All Rights Reserved.
First Quadcopter and third-party cookies are present in order to enhance your browsing experience, analyze and measure your engagement with our content. We'll assume you're OK with this Accept Reject, but you can opt-out if you wish. Of course according to GDPR you can withdraw your consent at any time. Read More
Privacy Policy