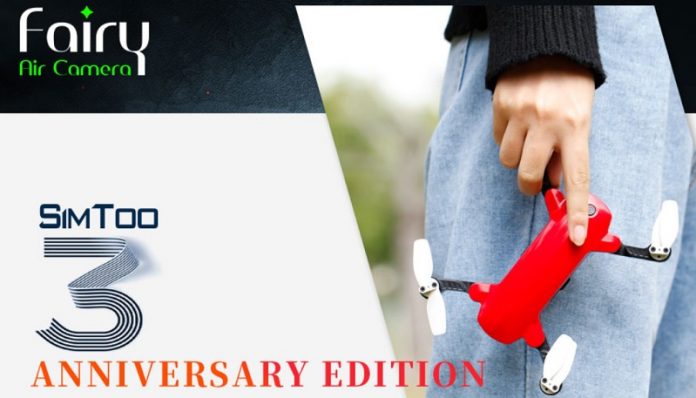 According to the manufacturer’s specs, the 2s/970mAh LiPo battery allows up to 16 minutes flying time.

Featuring fail-safe return to home (RTH), when the flight battery is near empty or it is out of controller’s range, the Simtoo Fairy will return autonomously to the take-of point.

Besides manual control mode, the Simtoo Fairy also features autonomous flight modes like Follow me and Way-point mission. Note: these modes are available only through phone APP.

As you can see in the image bellow, the 1080P camera is integrated and allows slight angle adjustment. The wide angle lens provides 115 degree field of view. 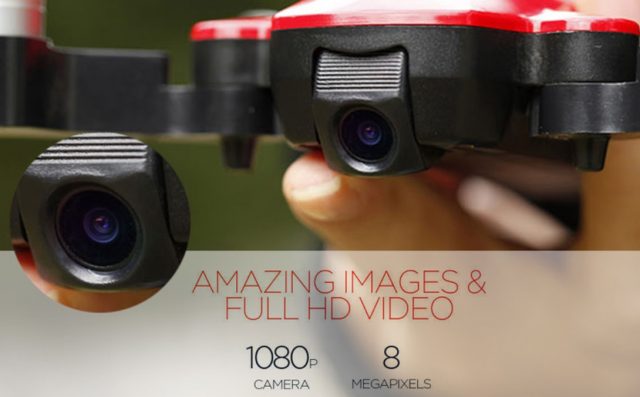 SIMTOO XT175’s camera features WiFi real-time image transmission. You can see on your phone’s screen what the drone sees from the sky. Unfortunately, the FPV range is quite short for such a RC gadget. 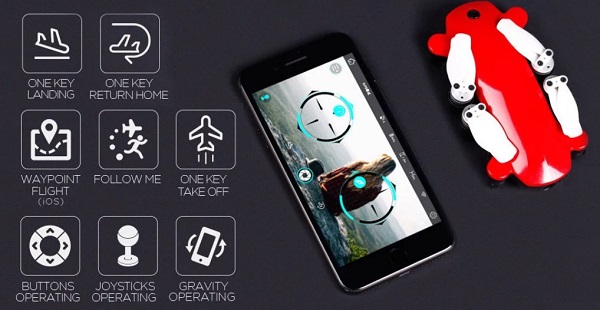 While Simtoo pairs their XT175 Fairy drone with a nice entry-level remote controller, this also features APP control via 2.4G & 5G WiFi. Through the APP you can opt between two control methods: virtual sticks or gravity sensor.

The white transmitter comes with built-in 470mAh and retractable phone holder. On front panel, besides the usual control sticks, there are only 3 buttons (Unlock/Lock motors, Hover, Landing). No status LCD.

As you can see, the SIMTOO Fairy XT175 does not has the top notch features of the recently announced Mavic 2, but how we could expect that from an almost ten times cheaper drone. Now, with 32% off you can order this foldable selfie drone from TomTop for only $149.99 – this price includes remote controller and free shipping