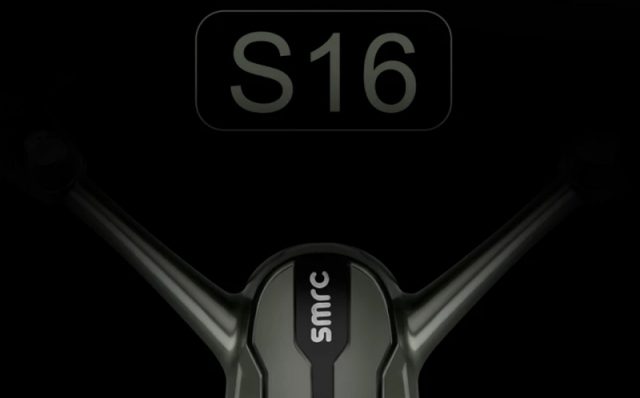 The SMRC S16 was announced in two versions. While the cheaper edition with Optical Flow positioning has about 100 meters control range, the more versatile GPS enabled model has up to 300 flight range. For the extra 21 bucks, the GPS edition also brings a fail-safe auto return to home feature. Both variants have around 16 minutes of flight time, barometric altitude hold, and onboard 4K camera.

As you can see in the image below, the SMRC S16 is packed with a nice entry-level transmitter with an expandable phone holder and foldable antennas. On the front panel, besides the usual control sticks, you have 8 control buttons (5 trim buttons, headless mode, take-off, and landing). While the left shoulder button allows toggling between different flight speed rates, the right one enables 360-degree flip and rolls mode. 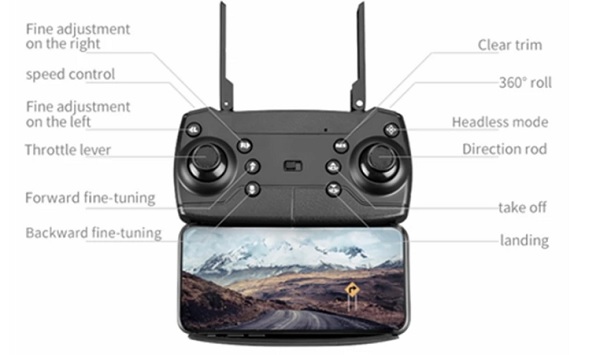 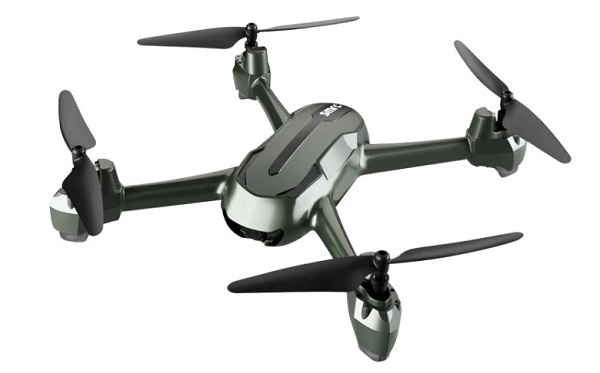