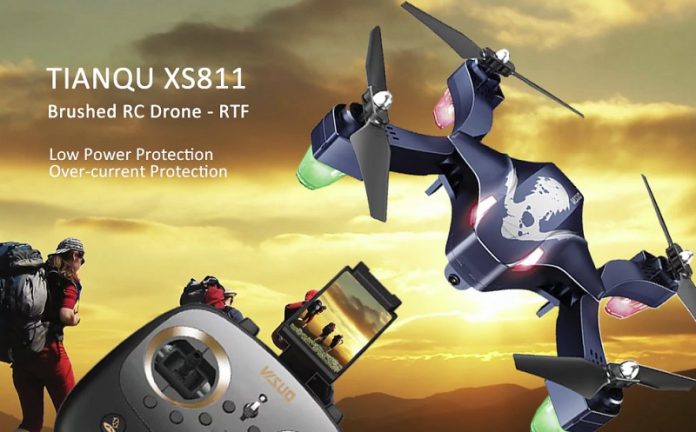 TIANQU, the manufacturer of the epic Visuo drone just released a new model called XS811 CERULEAN. Frankly, at first look I don’t understood why it is so highly priced. For its price (about $120) you can find some really cool brushless drones, not brushed one like this TIANQU XS811 GPS.

Just like its predecessor, the XS811 also adopts foldable arms. In terms of design, there is a big change, no more Mavic look. This second generation TIANQU drone is completely redesigned.

The TIANQU XS811 GPS was announced in two variants. A cheaper one with 720P/2Mp camera and a more expensive one with full HD 1080/5MP camera. Both versions come with a stylish remote controller.

According to the rumored specs, the 7.4V 2600mAh battery allows more than 10 minutes of flying time, which, considering the size of the drone, seems to be pretty fair.

During night flights you will be guided by 4 LED lights. Green LEDs in the front and red ones on the rear (one under each motor). 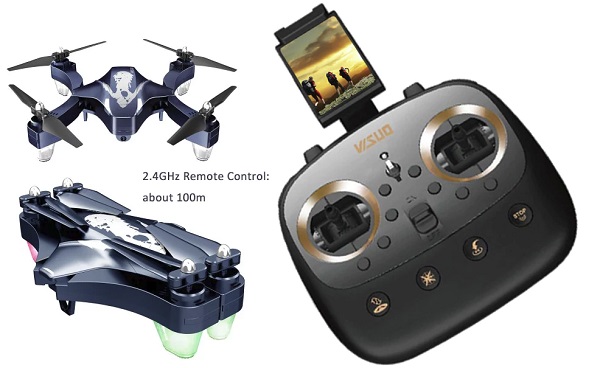 Included with the TIANQU XS811 drone