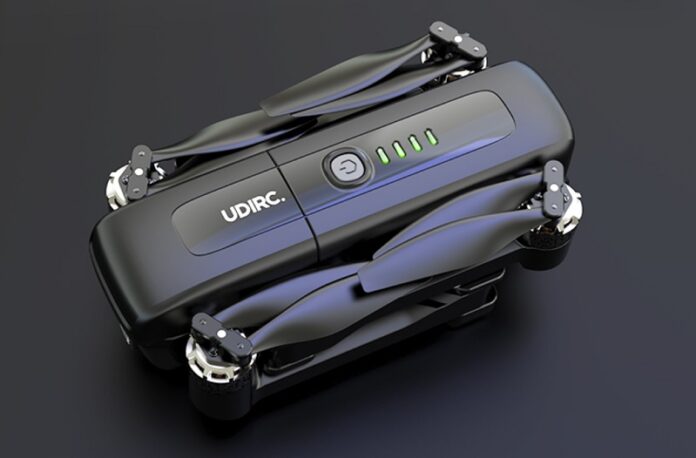 From the first second, I see a new drone, I know that it is something newly developed or just a rebranded existing model. The UDIRC i38S seems to be a clone of the first generation ZLL Beast drone. It has some minor updates, but the hardware inside seems to be identical.

Like similar drones under $200, the UDIRC i38S also features a dual-positioning system (GPS+OFP) and long-life brushless motors. With folded arms, the aircraft measures 173.5 × 93 × 70mm and weighs a bit more than 500 grams. It has many flight features and functions, some of them for safety, others for autonomous flights.

It is equipped with two cameras, a 4K main camera, and a down-facing camera that serves as an optical flow sensor. The nose camera faces the front, and you can adjust it over an angle of 90 degrees on the transmitter. You can take still photos with 4096 × 3072 pixels and motion videos with 2048 × 1088 at 25fps.

This quadcopter is powered by a 3S 2600mAh LIPO pack. A fully charged battery will give you a flight time of up to 25 minutes, which is quite good in this price range. The battery is modular, and it has 4 charging indicator LEDs on top.