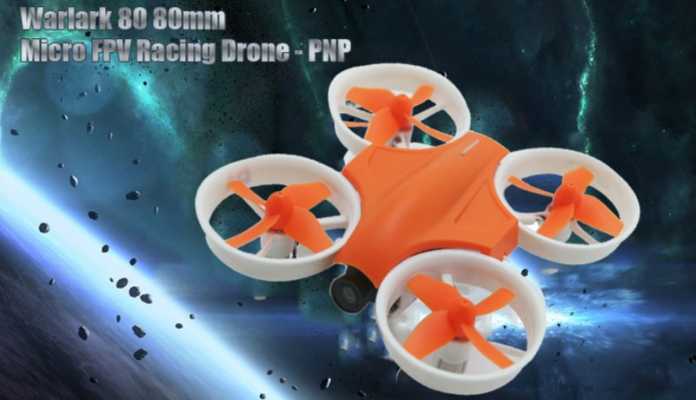 Lately TW clones like the Warlark 80 are announced very often. These small drones are perfect for indoor flights. The ducted fan design protects very well the propellers as well as the people around.

Compared to the Eachine E010, the Warlark 80 drone comes with a frontal FPV camera. The real-time video transmission is achived using a 25mW 5.8G VTX.

According to your existing transmitter you can opt to order it with FrSky 8CH SBUS, FlySky, DSMX / DSM2 or Futaba S-FHSS receiver.

The Warlark-80 micro quad is build around the Scisky micro F3 brushed flight controller. By default it comes with CleanFlight 1.3.0 firmware.