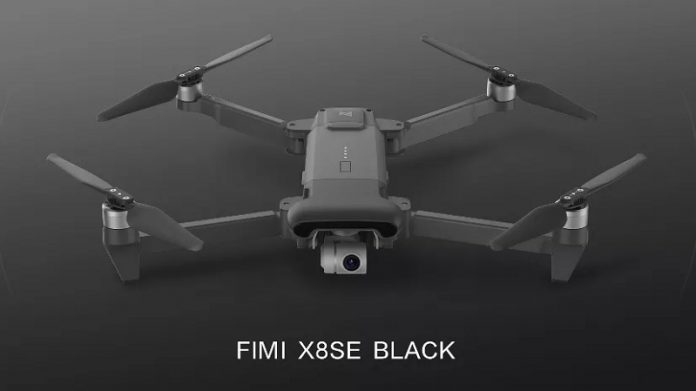 Long time ago, the famous Henry Ford said that ‘Any customer can have a car painted any color that he wants so long as it is black‘. Based on this principle, after many rumors and lots of speculation, Xiaomi officially revealed the Black Edition of their popular FIMI X8 SE drone. Unfortunately, besides the higher price tag and black color (instead of white), I didn’t find any difference compared to its predecessor. It features same 33 minutes flight time, 5K range and 4K camera with 3 axis gimbal.

I have to admit, that the FIMI X8 SE is a pretty good drone, but after one year since its release Xiaomi could’ve came up with something more than just changing its color. The least, they should’ve upgraded the camera’s frame rate from 30 to 60. It would have been also awesome if they added a built-in FPV monitor to the transmitter. Range, design, features of the RC remain are the same, just in black color.

While you can get the FIMI X8SE with coupon for about $400, for the black edition you will need to pay much more. Both, white and black versions are packed with remote controller, flight battery, charger and spare propellers. Practically, for the extra 160 bucks you will receive a $20 worth backpack and black colored drone instead of white. Not a great deal if you ask me…..