Home Drone brands Hubsan drones Zino Pro vs Zino 2: What are the differences?

Over the last few years, Hubsan has launched many drone models that lots of users are still enthusiastic about. Their flagship series has 3 models: the Zino 1, Zino Pro and Zino 2.

In the Hubsan Zino Pro vs Zino 2 article, I will go through all the important aspects of each drone. At the end of the article, you will have all of your questions answered, at least I hope so. Anyway, the final decision is only yours!

While the Zino Pro is powered by a 3s/3000mAh LIPO pack, the Zino II has a higher capacity 4S/3800mAh battery. The extra power allows about 10 minutes longer airborne time to Zino2 over its older brother.

Thanks to the second generation LEAS transmission system, the Zino 2 has double range of the Zino Pro. With an advertised of up to 8KM range, the Zino 2 become a serious competitor for DJI’s three times more expensive, the Mavic Pro 2 series. 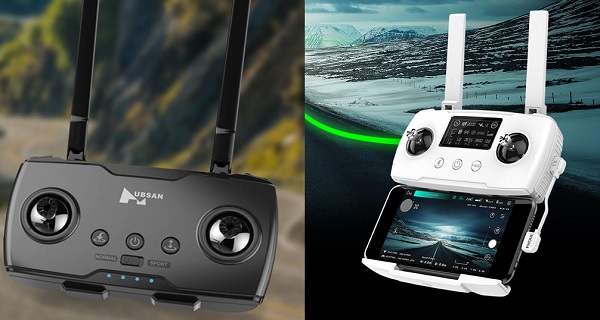 For sure, the most important purchasing decision factor after price, flight range and battery life is image quality. Both drones feature a 3-axis stabilized camera with UHD video recording capabilities. Usually, a higher frame and bit rate means smoother footage. While the Zino 2’s camera allows 4K@60 fps video recording with up to 100Mbps, the Zino Pro only 4K@60 fps with up to 60Mbps.

In the table below I will try to compare the most important specs of both Hubsan drones. I highlighted with red were the older Zino Pro excels and green were the new Zino 2 shines.

If you are searching for a new 4K drone and you want it right now the Zino Pro is still an excellent choice. It has stabilized UHD camera and up to 4KM range. By replacing the 3000mAh stock battery with a 5000mAh one you can extend its flight time by about 12 minutes (23min vs 35min).

Although the new Hubsan ZINO 2 can be purchased since December 2019, only a few orders were fulfilled. It looks like they didn’t started yet the mass production or they are still observing the reaction of the market. For extra 200 bucks, the Zino 2 over Zino Pro comes with a high frame rate (60fps vs 30fps at 4K), longer range (8Km vs 4Km), and native extended flight time (23 vs 33 min).