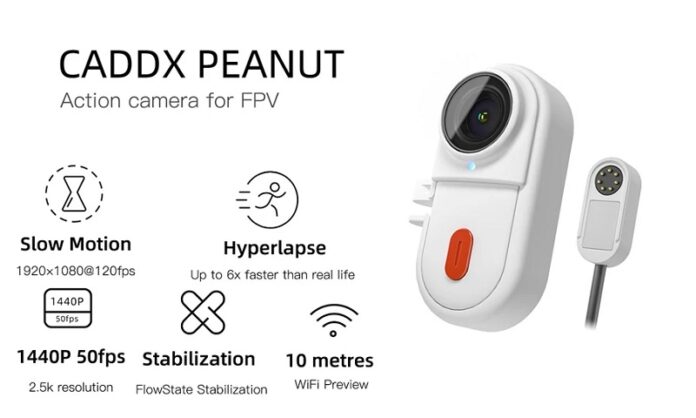 The Caddx Peanut camera was developed in partnership with Insta360. In a nutshell, the Caddx Peanut is an Insta360 Go 2 in a different case. Weighing just 27 grams it can be installed on small and ultra-small FPV drones.

In addition to the built-in WiFI and Bluetooth connectivity, the Caddx Peanut can be controlled (start/stop video recording) via a UART port from the flight controller.

It can work about 20 minutes from the built-in battery. The magnetic connector allows easy charging, even from the drone’s main battery (step down module required!). 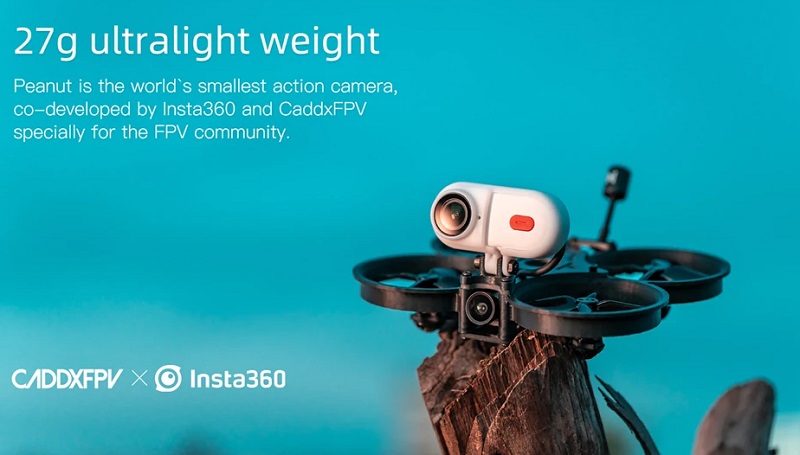