Like me, probably everyone wants to be the “cool guy” which offers the best Christmas gifts. These days, toy drones became affordable and widely available, also very popular among the kids. Honestly, being a parent, I prefer to give my child a drone with which he can play outside rather than a video game that keeps him in the house in front of the screen.

JJRC, a serious player on the toy drone market just announced two new mini drones, the H66 X-mas Egg and the H67 Flying Santa Claus. While they adopt different approaches, both are intended to brighten the Christmas spirit.

The H66 X-mas, follows the basic idea of the KaiDeng K130. It adopts the same Egg design. In order to bring the Christmas spirit, the H66 is painted in green and red just like a X-mas tree. 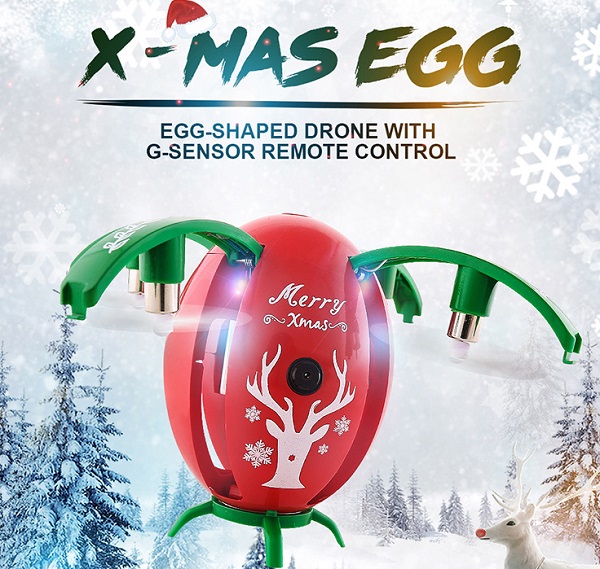 Equipped with 720P camera, JJRC H66 allows to record videos as well as capture still photos. Featuring WiFi FPV, you can display the camera’s real-time image feed on your smartphone.

Like the JJRC H47, the H66 also comes with one-hand G-sensor controller. The aircraft can be also controlled through the JJRC APP.

Thanks to the barometric air-pressure sensor, the JJRC H66 X-mas drone is capable to autonomously maintain its flight altitude at the desired level. 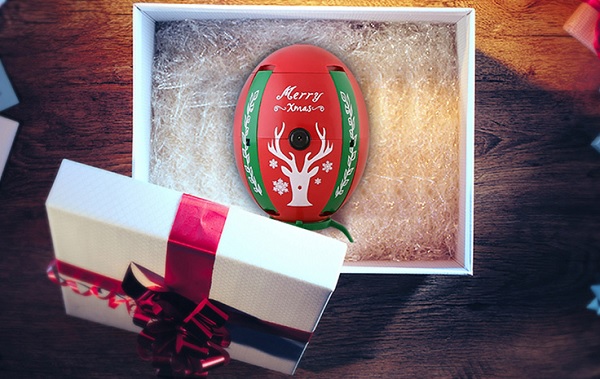 Sold for only $22, the JJRC H67 is one of the cheapest Christmas drone. It features ducted propellers which makes it very safe for kids. 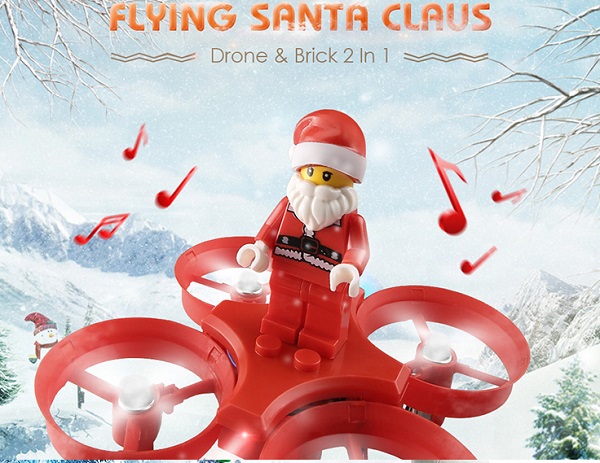 In spirit of Santa, the entire aircraft is fully red and it is able to play X-mas songs. On top of the aircraft can be attached a Santa Claus figurine.

According to the technical specs, the 260 mAh battery allows about 4 ~ 5 minutes of fun time. Luckily, the Li-Po seems to be swap-able, so you can load a charged one in just seconds. 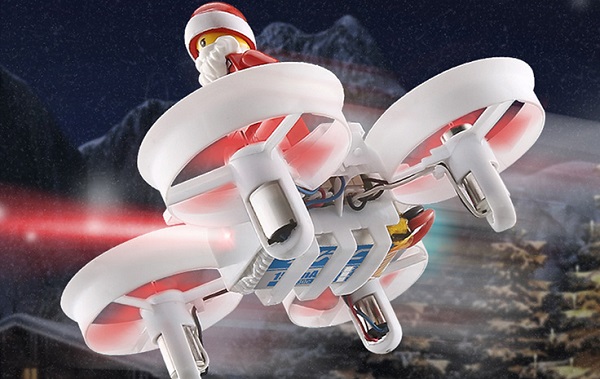 I wish to all my readers the best Christmas ever!