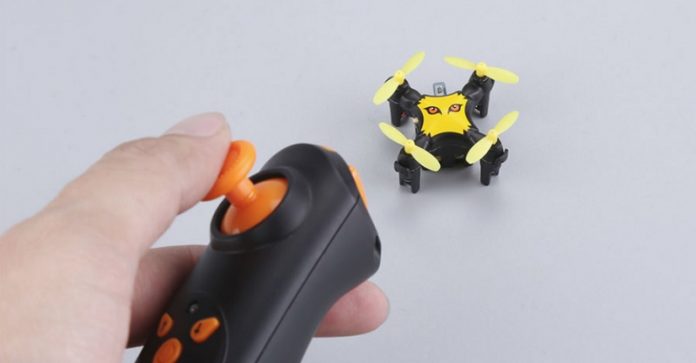 Even if the Cheerson CX-Stars-D Eagle quadcopter comes without a camera, it is still a super deal for only $18.99. Cheerson Hobby brings something innovative with their every new model, this time the CX-Stars-D Eagle gets one handed gravity sensing remote controller.

According to the manufacturer’s specs, the Stars-D drone has up to 5 minutes of play time. Unfortunately, the 80mAh LIPO battery is integrated (not swap-able) and you need to rest about 30 minutes till the battery is re-charged.

In my opinion, the biggest challenge of first-time pilots is to focus on flight altitude while they are trying to control the position of the aircraft. Latest generation of quadcopters, including this CX-Stars-D, seem to have solved this issue by using barometric air-pressure sensors which allows the flight controller to automatically adjust the flight height.

The weight of this tiny aircraft is around 8 grams, which makes it probably one of the world’s lightest drone with altitude hold. Wingspread is about 43 mm in diameter, quite small you might think, but just perfect for indoor fun. Similar to the CX-10WD, this CX-Stars-D also has four LED lights for night flights.

As I previously mentioned, the CX-Stars-D’s remote controller is quite different with what we are accustomed to. Instead of two control sticks it has only one, which acts like a throttle stick from a regular transmitter. While moving the stick up/down you can increase/decrease the flight altitude&speed (throttle), moving it left/right will rotate the drone around its own axis (yaw).

Thanks to the built-in gyro sensor you can change the direction of flight to right or left simply by waving the remote controller on the desired direction. 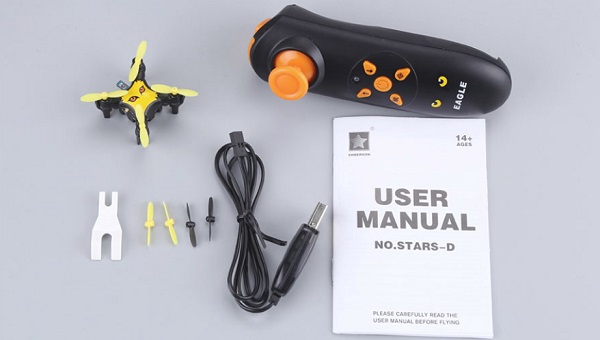