According to the advertised specs, the 2s/1000mAh LiPo battery allows up to 15 minutes hovering time. While the control distance is about 200 meters, the FPV range is about only 150 meters.

The frontal HD camera is integrated and does not allow any angle adjustment. Thanks to the micro SD slot you will be able to capture photos and videos without quality loss that are typical for records on Wi-Fi live video feed.

Like many other similar GPS enabled drones, the Utoghter 6957G also features multiple control modes. It can be controlled with the included remote controller or through your smartphone – using virtual sticks.

The nice gamepad style remote controller is extensible in order to fit your phone. The transmitter is powered by 4 pieces of AAA batteries which are loaded two-by-two on each side of the RC.

On the left side, bellow the throttle stick (mode 2), is located the power button and a cross-type button. “Auto Take-off” and “Auto Landing” can be engaged using the “Up” key.

The left side of the RC is a little more crowded. Under the direction stick are four trimming buttons and another 5 control buttons for: Headless mode, RTH, Surround mode , Photo/Video and Emergency stop.

While the left shoulder button allows to perform geomagnetic calibration, the right one allows to toggle between speed rates (Min, Medium and High speed rates).

The Utoghter 6957G quadcopter is sold by TomTop as RTF (Ready to Fly) package, this means that is delivered with remote controller, battery, USB charger, screwdriver and one set of spare propellers. The drone comes fully assembled and ready to fly. 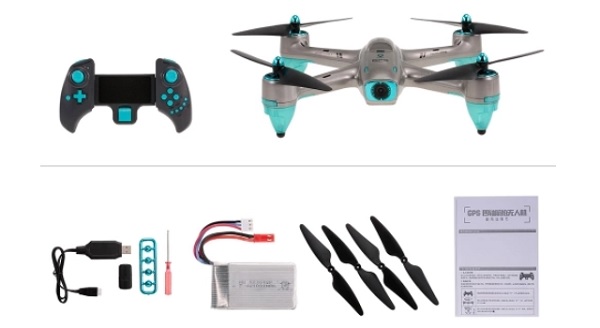 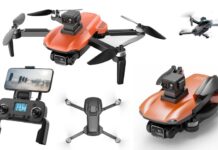 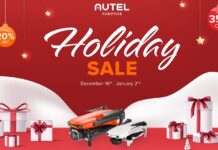 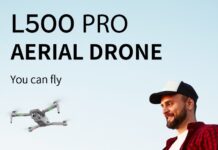