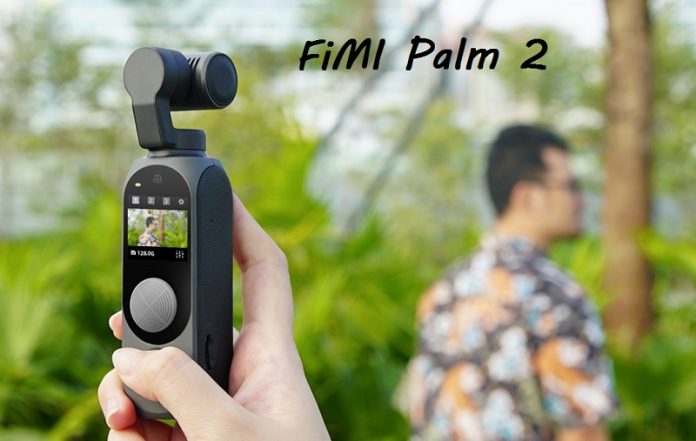 Xiaomi is about to release their second generation of FiMI Palm gimbal. Apparently, the FIMI PALM 2 is more just a facelift than a real upgrade compared to its predecessor. Also, featuring only 4K@30fps recording, can’t be counted as DJI Pocket 2 alternative.

The Palm 2’s grip has been completely redesigned compared to its predecessor. If you put them side-by-side you can’t say that they are brothers. The front panel and controls are all new on the FP2. The 1/4-inch tripod mount was moved from the back to the bottom of the gimbal. In my opinion that is the place where should be from the beginning. Where the old FP gimbal had the tripod mount, now is a jack socket for an external microphone.

Checking its technical specs, I found that the biggest upgrade is in terms of battery life. While the original FiMI Palm which we reviewed in May 2020 had a 1000 mAh battery, the new FP2 has a 2600mAh one. The extra power almost doubles the working time (308 vs 240 minutes) and add some extra weight too (145g vs 120g).

The Xiaomi FP2 can be pre-ordered from Banggood for $199. Yes, it is slightly more expensive than its predecessor. Currently, they show it ‘out of stock‘ but this happens quite often with such new products. This price is valid for the ‘basic’ edition which includes only a charging/data cable. Update: Now instead of ‘out of stock’ is shown ‘pre-order’. 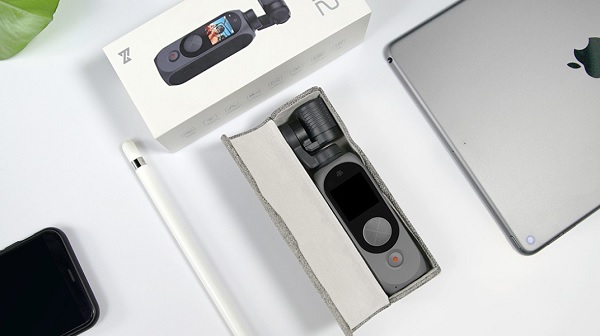