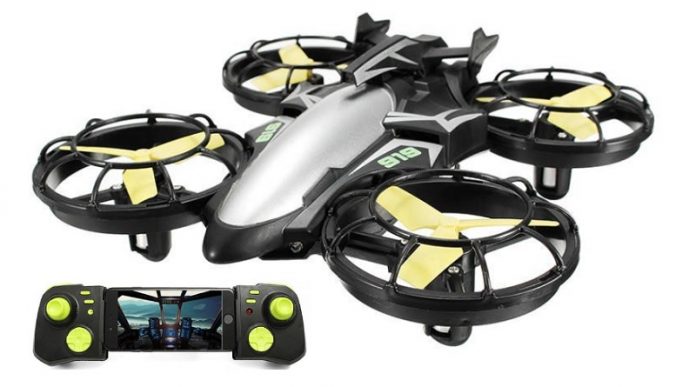 At first look, the design of the Flying3D FY919 Reaper reminds me about a hover drone from the Avatar movie. It features similar caged propellers, which makes it suitable for safe indoor flights.

In order to allow sporty flight performance, instead of a 1 cell battery it is powered with a 2 cell one. More cells means higher voltage which means faster motors. According to the manufacturer’s specs the 350mAh Li-Po allows about 5 minutes of flight autonomy.

During night flight you will be guided by 4 LED lights, blue ones on front and red ones on back.

Like, the Eachine E51‘s transmitter, the FY919’s RC is also extensible – allowing to mount horizontally your phone.

Included with the Flying3D FY919 Reaper