At first look, due to its large fuselage and silky sliding-arms, the GDU O2 Plus looks like a flying brick :). Instead of folding arms that leave the propulsion system exposed, during carry, the design of the GDU O2 Plus hide the propellers and motors inside the body.

In order to allows perfectly stable hovering capability, the dual GPS position system is enhanced with vision and sonic positioning system. The optical flow sensor offers great stability even when you are out of GPS coverage or you are flying indoor.

Equipped with UHD camera and 3-axis gimbal, you will be able to record outstanding aerial videos. Time-lapse and Slow-motion modes are also available. Through the “GDU Mini” APP you can display the camera’s live-video feed on your smartphone.

According the manufacturer’s specs, the hovering time is about 20 minutes without blade guards and 15 minutes with propeller protectors.

Drone enthusiasts are been waiting a while for a cheaper alternative of the DJI Mavic Pro. All are good, excepting that the advertised price of the GDU O2 Plus is close to its competitor’s. Few weeks ago, another Chinese drone manufacturer, C-Fly, has just launched a new Mavic alternative, the OBTAIN F803, at a much friendly price tag. 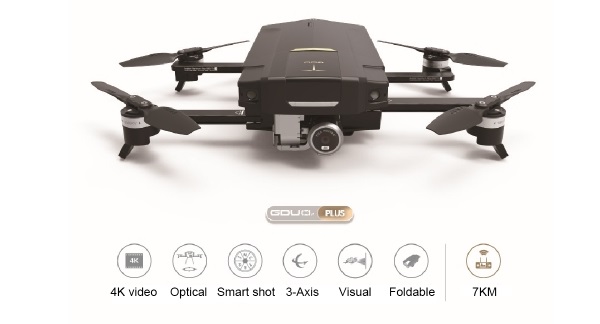 Bo Lorentzen, had the chance at InterDrone 2017 to put its hand on the GDU O2 Plus, on the video bellow you can watch his quick review on this new drone.

Included with the GDU O2 Plus quadcopter 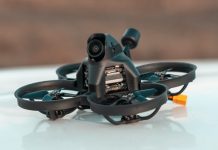 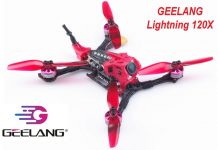 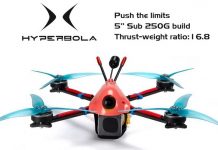