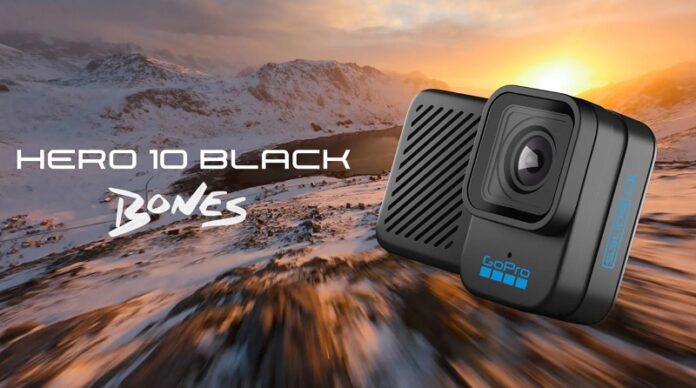 In order to make it as light as possible, GoPro has been removed from the HERO10 Black Bones camera all the unnecessary components such as displays and battery. The Bones is intended to be powered by the drone’s main camera and can’t work in standalone mode.  Also, the naked HERO10 Black lost its waterproof or water-resistant capabilities.

The ReelSteady desktop APP (Windows and macOS) delivers stabilization that goes beyond the already stunning in-camera HyperSmooth 4.0 to give drone pilots the level of performance they demand. Using video metadata (GPMF), it delivers flawless results on virtually any shot. 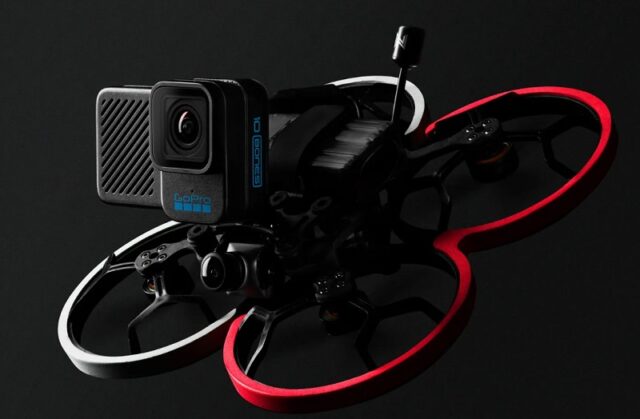 As you can see in the image above, the GoPro HERO10 Black Bones has a minimalist design. On the back of the camera, is a standard mounting point that allows being installed on FPV drones. With the included mounting fingers, you can mount the camera on a standard GoPro mount.

The GH 1.25 3-pin Power connector, Status LED, Shutter and Mode buttons are also on the back of the camera. It can be controlled from the onboard buttons, remote controller, Quick APP, or from your drone’s transmitter.

The HERO 10 Bones drone camera is priced at $399 at GoPro.com. This price includes a bonus 32GB micro SD card and 1-year of GoPro subscription. For now, the GoPro Bones is available only for US customers.