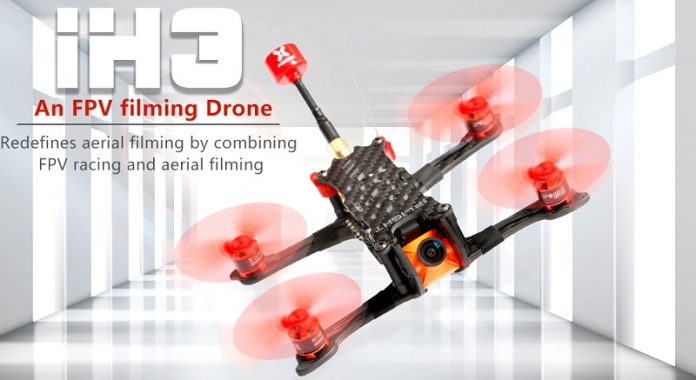 The IFlight iH3 is advertised by the manufacturer as an aerial filming drone. They claim that, due to its special design, there are no visible propellers in the captured footage. The IFlight iH3 comes equipped with the Runcam Split Mini camera which provides not just high-quality live video feed, but it is also capable to record full HD videos at 60 frames per second.

According to your existing transmitter, you can opt for PNP (without receiver) or BNF (FrSky, FlySky, or Futaba radio receiver) packages. All versions are delivered without a battery, charger, and remote controller.

The IFlight iH3 3″ FPV drone is suitable for both LOS (Line of Sight) and FPV (First Person View) pilots. On the rear part of the quadcopter is located a programmable LED strip with a sound buzzer.

Due to the large top plate, you have the freedom to choose different types/shapes of batteries. According to the advertised specs, you can achieve about 5 minutes of hovering time by using a 2S/850mAh or 3S 550mAh LiPo battery. 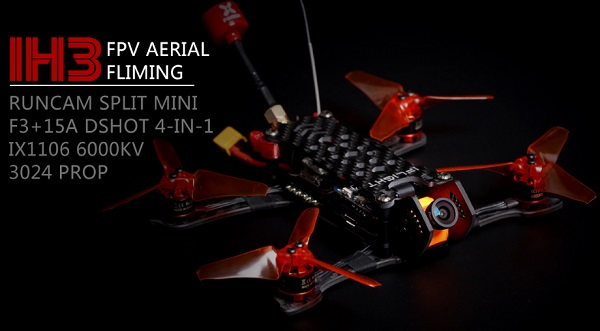