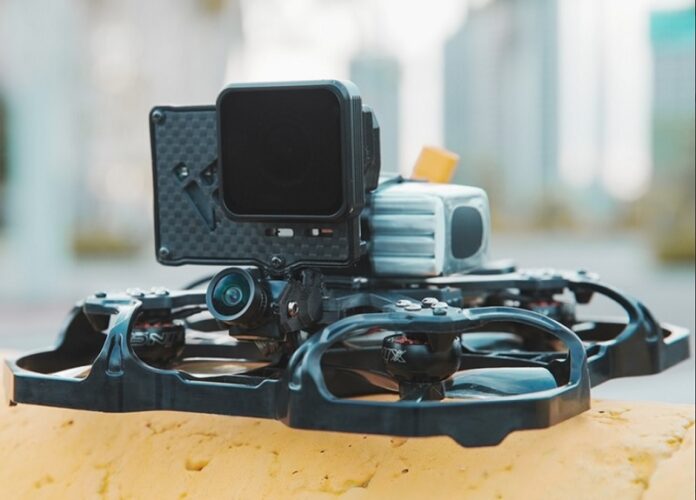 iFlight’s popular ProTek lineup gets a new member, this time with inverted motors. For now, the iFlight ProTek25 Pusher was announced only in digital edition with Caddx Nebula Nano camera and Caddx Vista VTX. Natively it is compatible with DJI FPV transmitter, but you can order it as well in a handle with FrSky or FlySky compatible radio receiver.

The new frame was optimized to generate more trust, increased flight time, and less propwash. Are used only 8 screws to attach the plastic protective guard to the 108mm carbon fiber frame, allowing easy maintenance if you need to repair something.

Like the BetaFPV Pavo30, the ProTek25 Pusher is powered by a 4S battery and can carry a Naked GoPro or Insta360 SMO 4K camera. According to iFlight you can have up to 8min of flight time with an 850mAh battery pack and about 5-7min with 650mAh one. Without a battery weight of about 145 grams, so you can stay easily with this drone under 250g ready to fly. 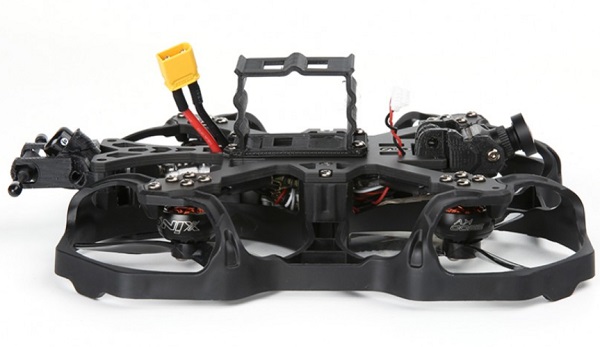