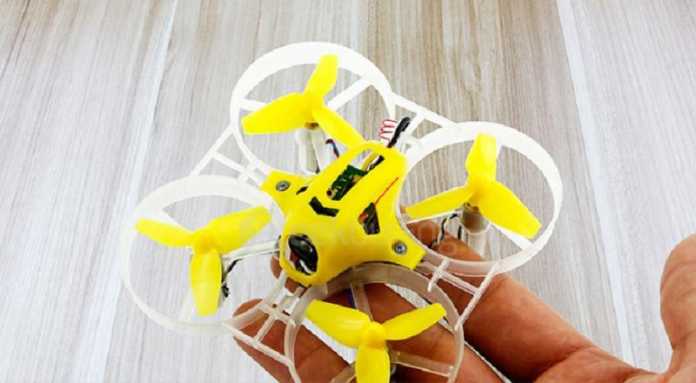 Thanks to the protective canopy, the KINGKONG Tiny 7 looks more like a Blade Inductrix clone than a Tiny Whoop copy. Based on the versatile F3 flight controller, it can be configured with multiple flight modes (like: Acro or Angle).

According to your existing transmitter (remote controller) you can opt between 3 variants of RX (AC800, DSM2 or FlySky). All versions are available in four different colors (white, yellow, ping and orange).

The 800TVL camera is paired with a 16CH VTX with 25mW broadcast power.

Like most of the TW clones, KINGKONG Tiny 7 drone is also equipped with 4-blade propellers. Frankly, after I reviewed the Eachine QX70 I don’t have too much trust in these 4-leaf props. 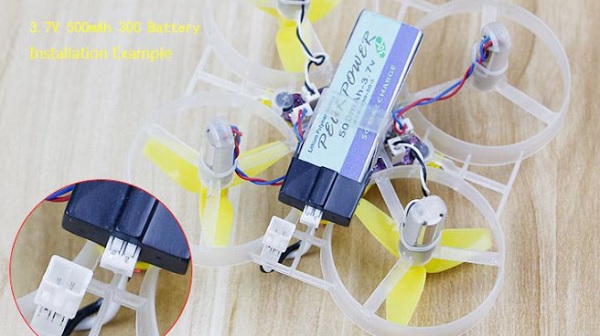