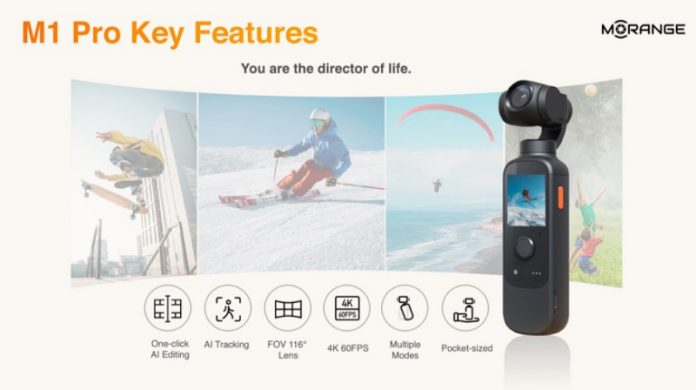 Featuring 4K@60fps recording and 5X digital zoom, the new MORANGE M1 Pro gimbal can be considered as a true DJI Pocket 2 alternative. The M1 Pro will be available in 3 colors (black, orange, and grey).

According to the first rumors, it’s 2s/875mAh LI-Ion battery allows more than two hours of continuous recording, when the gimbal is set at FHD@30fps. The MORANGE M1 Pro vlog gimbal can take memory cards with up to 256 GB capacity.

In addition to Slow-motion, Hyperlapse, and Motinlapse creative modes, it features AI-powered active tracking. The gimbal can recognize humans, dogs, cats as well as facial expressions. 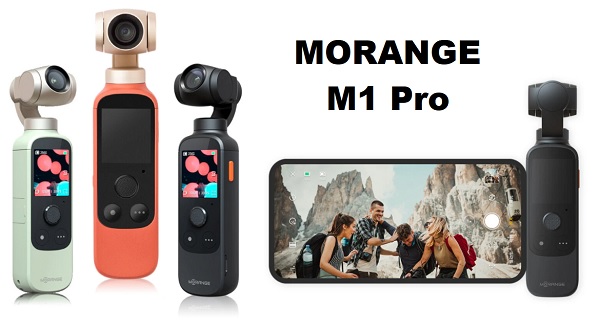 In the table below I will try to compare the most important specs of both pocket-size gimbals. I highlighted with red where the M1Pro shines and with green where Osmo Pocket 2 excels.