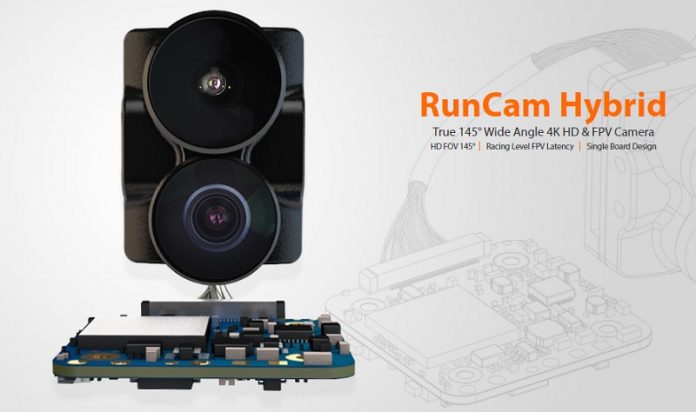 In order to obtain 4K video quality and super low latency, the newly announced RunCam Hybrid 4K camera also features dual-lens, just like the Caddx Tarsier. With the purpose to  make things simpler, the RC Hybrid has only one PCB board not two like its contender. The camera module and digital board are interlinked via a 58mm servo cable.

While the digital lens provide 145 degree field of view, the analogue 1.8mm lens has 150° FOV. The DVR module takes up to 128GB micro SD card and can record up to 4K@30fps videos.

The Hybrid 4K has built-in WiFi and you can connect it to a mobile device in order to change settings, just like the Runcam Split. Through the APP you will be able to perform firmware upgrades as well. 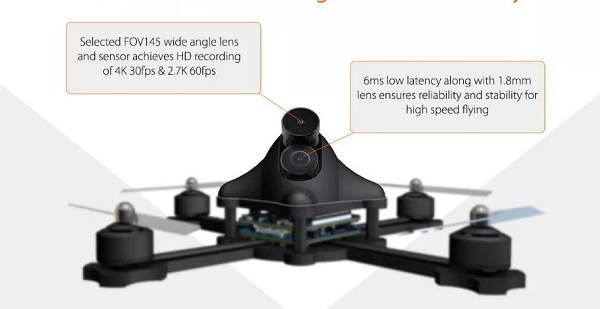 While most FPV drones come with 30x30mm and 16×16 FC stacks, the RunCam Hybrid 4K has 20×20 mounting holes. I think they should include some sort of adapter for multiple FC sizes.