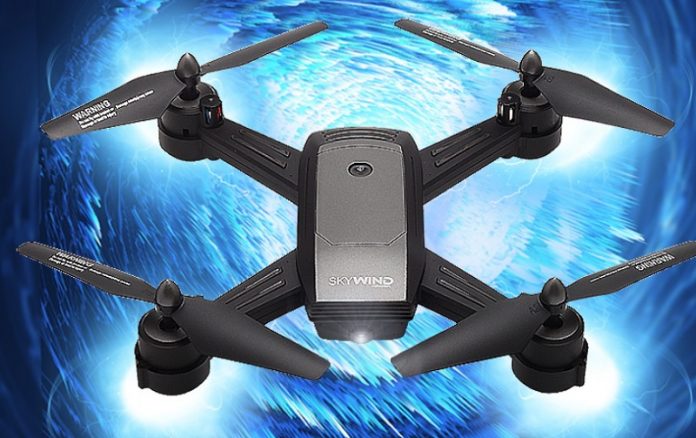 Excepting GPS positioning, the SKYWIND LH-X34F has all the features which you can expect from the perfect “Toy Drone”. Furthermore, these cool functionalities are available for less than $60.

Instead of one camera, the SKYWIND LH-X34F quadcopter has two cameras. One 720P (1080×720 pixels) in front and one 640×480 under the belly of the drone. The VGA camera serves as optical flow sensor for super stable hovering.

According to the advertised specs, the 500mAh battery allows about 7~9 flight time. This is probably a bit less if the blade protectors are installed on.

As you can see in the image bellow, the SKYWIND LH-X34F comes with similar remote controller as the popular Eachine E58 aka the Best Starter Drone.

On front panel, besides the usual control sticks, there are 8 buttons. The RC has two foldable antennas (probably fake ones). No active shoulder buttons. 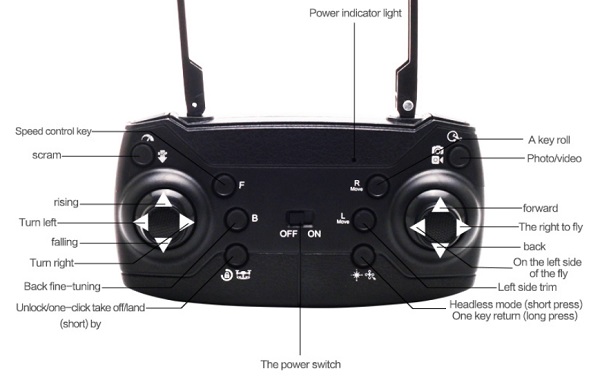