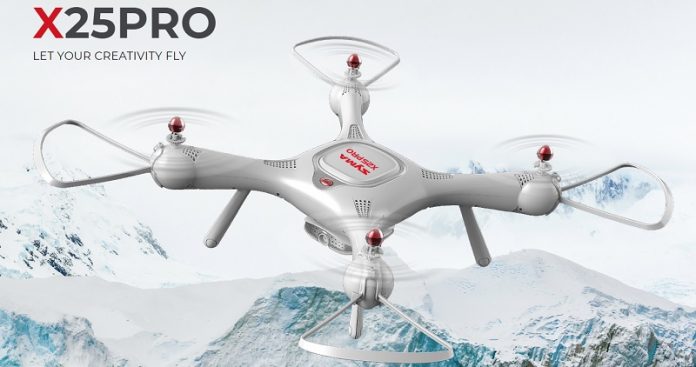 According to the manufacturer’s specs, the 7.4V – 1000mAh allows up to 12 minutes of flight. In case of low battery voltage, the drone will return autonomously to the take-off point.

Like the Syma X8SW, this new X25 Pro is also equipped with HD camera with WiFi real-time image transmission. In order to allow capturing the best field of view, the camera allows remote angle adjustment.

In order to offer a more friendly design, Syma Toys gave up using the trimming buttons and the mainly useless LCD screen.

Switching between flight speed rates can be done by short pressing the right control stick. By long pressing the same stick can be activated the headless flight mode. 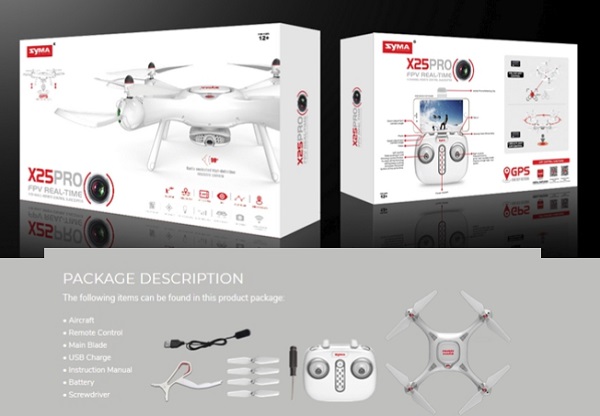 Included with the Syma X25Pro quadcopter