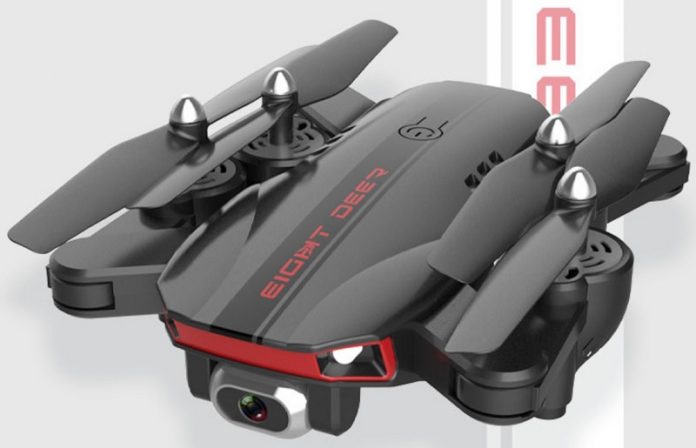 The XLURC DEER LU8 aka Deer Eight features dual-GPS positioning and an onboard camera with WIFI real-time image transmission. It will be available in two colors (black and grey) and two WIFI bands. While the 2.4Ghz version has about 200meters of FPV range, the 5Ghz one up to 400 meters. Both variants are available with 1, 2, or 3 flight batteries.

According to the technical specs, its 7.4V/2200mAh battery allows up to 25 minutes of flight time. With folded arms, the aircraft measures 175*140*65mm and weighs just 202.5g with a loaded battery. Good to know that drones under 250 grams, do not require registration in most countries including the US.

Thanks to the fail-safe RTH feature, in case of signal loss (out of transmitter’s range) or low battery voltage, the drone will return autonomously to the take-off point. 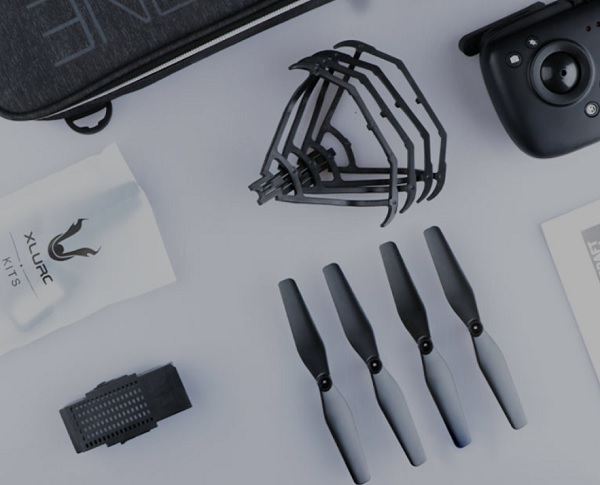 The Deer Eight drone comes packed with the following accessories: