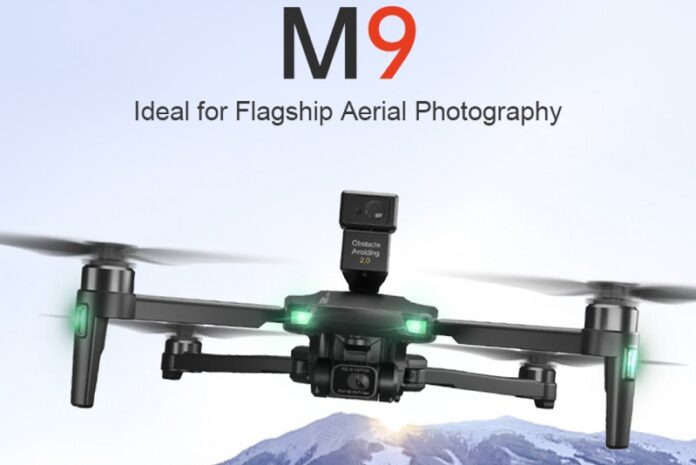 At a glance, excepting some minor design changes, there are not many differences between the XMR/C M9 and the XMR/C M10. Both come with an optional laser obstacle avoidance system, a 6K camera with a 3-axis gimbal, and a top range of 1200 meters.

With folded arms, the aircraft measures 11.5×17.5x7cm and weighs 450 grams. During night flights you will be assisted by four LED lights – two under the front motors and two on front of the fuselage.

According to the technical specs, the 2 cells 3000 mAh LIPO pack allows about 25 minutes of flight time. The battery can be conveniently recharged using the included micro USB cable. 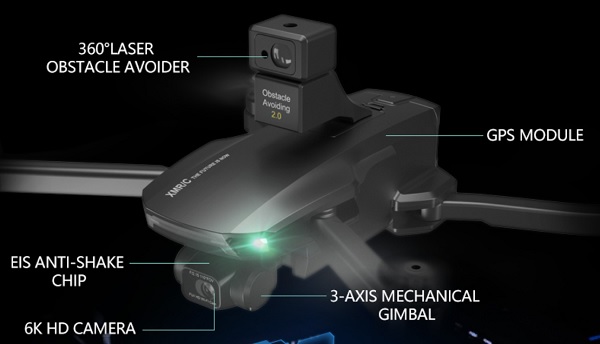 Thanks to the fail-safe RTF function in case of low battery voltage or RC signal loss, the aircraft will automatically return to the take-off point.

Starting with April 23, the XMRC M9 drone can be ordered from Banggood with one battery and obstacle avoidance module for US$219.99. In case you need longer flight time, there is also an option to ‘fly more combo‘ packs with 3 flight batteries, for extra 60 bucks. Note: expected shipping time is starting with May 20.