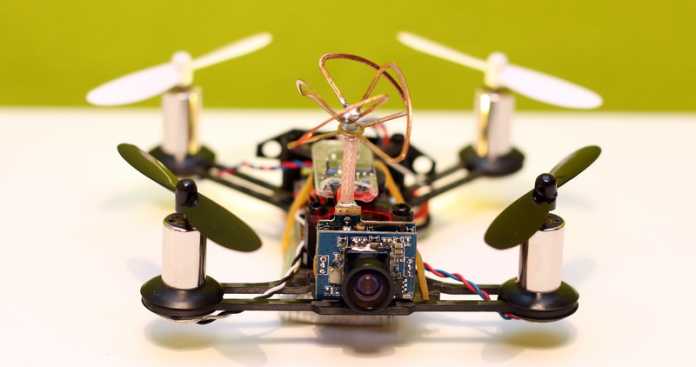 After many brushless racing quadcopters, I thought that it would be nice to review a micro brushed quadcopter like this Eachine Tiny QX95. In my opinion, these little RC toys are not just cheaper but also somehow more practical than the powerful brushed quads. For example, this Eachine QX 95 weighs only 56g which makes it suitable for indoor flights. Bumping into things will not produce big damages.

In a relatively short time Eachine announced 3 models of the QX series. Firstly the QX80, then the QX90 and recently this Tiny QX95. Basically, the only difference between these 3 is in terms of design. While the QX95 adopts a “H” shape frame, the QX80 and QX90 have “X” shape frame. Reading the testimonies of those who own all these three drones I found out that the Q95 is the best among them.

Thanks to the versatile F3 flight controller, the Eachine QX series is capable of multiple flight modes. By default, the Eachine QX95 features “Acro” and “Angle” modes.

Currently, the Eachine Tiny QX95 is available in ARF and BNF (Bind-N-Fly) package. By choosing the BNF package you will need to pay extra 10 bugs, which is not that bad especially for those who are not OK with soldering stuff. According to your existing transmitter, you can opt for QX958FR (with FrSky receiver), QX958FS (with FlySky receiver), and QX958DS (with DSM2 receiver).

In my preliminary discussion with James from Banggood regarding the possibility to review the Eachine Tiny QX95 we agreed that he will send me one with FlySky receiver. I opted for this RX because I own two FS-i6 transmitters.

The package arrived in my country about two weeks ago but due to a spontaneous strike of the employees from the Post Office, my package has been “sequestered” in their warehouse for nearly a week.

Certainly, the QX95 package is very reach. I found inside the box besides the tiny aircraft, the followings:

Inside the box, the quad is well protected by a CNC cut foam. The airframe is made from carbon fiber, which is pretty nice.

The VTX FPV camera is attached in front of the quad using a rubber band. Both RX and LED status bar are attached to the frame by using double-sided adhesive tapes. In order to access the FC’s micro USB port, you need to remove the LED bar… to be frankly, this is somehow a design fail.

Although there is enough room to install the TX below the upper plate, it is attached on the top of it, where is more exposed during crashes. Another cons is that the tiny wire witch servers as RX antenna is not insulated and can easily cause a short circuit.

The battery can be attached under the quad using a rubber band or the included Velcro tapes. No power switch, just interconnect the two microLOSI connectors (of the battery and FC). 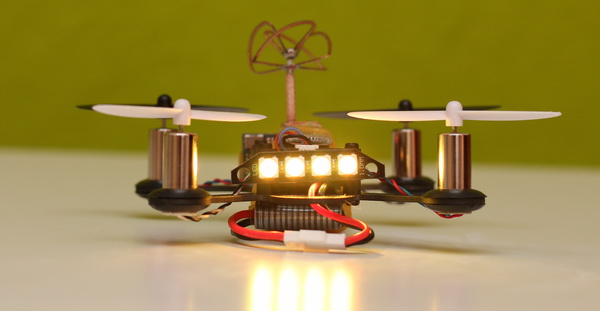 Thanks to the very bright tail light, the Tiny QX95 is very visible in the dark. The four RGB LEDs are pre-configured and indicate when the motors are armed/disarmed, turning left/right and backward.

The flight controller comes with Cleanflight 1.13.0 firmware. I would recommend staying on it till you accommodate with everything (setup & fine-tune) and only after you should go to flash betaflight OS. 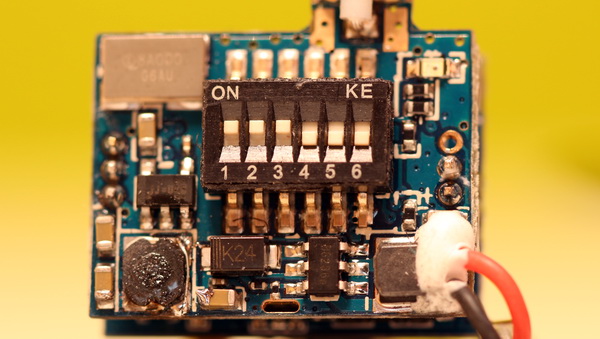 On the rear part of the camera, there is a 6-bit dip switch. DIP 1-5 allows setting the desired band and channel. The 6th DIP allows toggling between PAL / NTSC video standards.

The 4-lobe circular polarized antenna is directly soldered on the top of the camera.

Although I read about a lot of fellows having camera issues, mine seems to be OK. The focus is set properly and performs acceptably in light condition changes. I find the field of view to be optimal for both indoor and outdoor flights.

If I will find the FPV range too short, I will replace the stock camera with the Eachine TX02, which has 200 mW Tx power.

Binding the Eachine Tiny QX95 with the transmitter

Being very enthusiastic to test my new toy as soon as I arrive home, I immediately tried to bind the Eachine Q95 with my FlySky FS-i6. Luckily, the Eachine QX 95 user manual describes it very well this process. You need to make the following steps:

In order to be able to switch between flight modes (Angle/Acro/Horizon) using SWC, I had to configure the flight mode assignment through the CleanFlight APP.

My first flight was a bit disappointing. The Eachine QX95 flown a bit chaotically. Firstly, I replaced the props and checked the motors for dust… same thing. Then I performed calibration through CF APP and the Eachine Tiny QX95 became much stable.

Because it is speedy and very responsive, first-time pilots will have difficulty in controlling it.

In the “Camera / FPV system” section of my Eachine QX95 review, I said that my camera is OK. When I changed the room, some weird pattern (like sperm under microscope :D) appeared on my FPV screen. It seems that this issue is present only in certain light conditions. 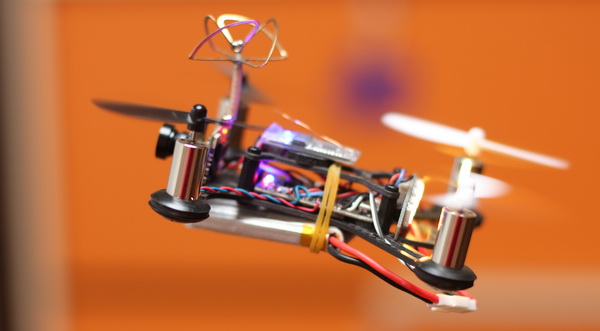 Outdoor, in calm days, it flies perfectly. The “Acro” mode is pretty nice, flips & rolls can be easily done. Unfortunately, even the slight wind kills any fun.

The FPV range is pretty good (about 80-100 meters), so it can be flown in both ways LoS and fully FPV.

The Eachine Tiny QX95 is a full of fun RC toy. The 5 – 6 minutes flight time is excellent for such a small FPV quad. Unfortunately, because it is very small it is not stable as the brushless models.
Spare parts are available, which is good. Propeller quads (protection frame) is also available and I recommend them for newbies.
After few fights I have two complains for this model. One is the camera issue and the second one is that the props can be popped off easily.

If you want to make the next step for moving from entry-level toys to something more advanced, this mini brushed FPV quad can be found here. Don’t forget that you can opt for 3 different TX modules (DSM2/FlySky/FrSKy). If you don’t own a suitable transmitter you can also take into consideration to order this quad in a bundle with the Eachine I6 transmitter (FlySky FS-i6 clone). 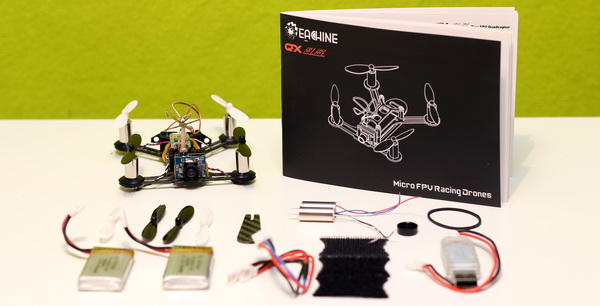 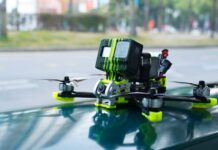