This Syma X8C Quad became very popular after several owners successfully installed their GoPro alike cameras and made few awesome aerial videos. Although nothing is mentioned about this possibility in the X8C’s user manual, they proved that the quadcopter has enough power to lift any small action camera.

Regarding the size and weight, it’s much bigger than other drones under $100, so probably it has a better wind resistance and greater stability that makes it suitable for aerial filming. In order to handle the extra weight of a “bigger” camera, the Syma X8C is powered with a high capacity 7.4V 2000mAh Li-Po battery. With the stock camera, the X8C offers at least 10-12 minutes of continuous flight, which is not bad for such a cheap model.

This Syma X8C is equiped with 4 brushed motors. Sadly, brushed motors are famous about how quick they fail compared to brushless motors. In order to ensure a quick replacement of them, this model’s motors are equipped with plugs for easy replacement. Everyone can easily repair this Quad by themselves, they need only to order some spare motors and replace them without any soldering.

Unfortunately, I did not have the opportunity to test the X8C, although it seems to be a very good multi-rotor. I own only the newer X8W WIFI Quad which is mainly the same aircraft equipped with an improved WIFI first person view camera.

Some interesting chapters from the X8C User Manual

Don’t forget, although this Syma X8C is still just a toy, you have to fly it with great attention because you can seriously hurt somebody if you accidentally hit him/her.

My advice is that it is not enough just to download the Syma X8C’s instruction manual, you must read it prior to your first flight! 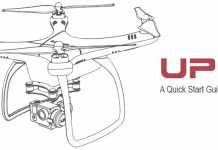 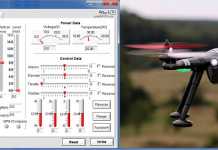 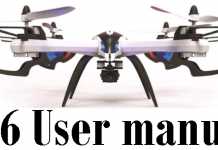