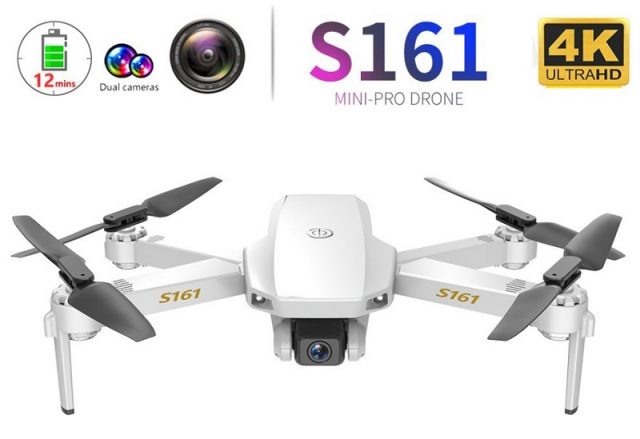 To clarify things from the beginning, the CSJ S161 Mini Pro is only a design clone, not a real Mavic Air 2 alternative. Even its camera which promises 4K resolution it’s not capable to capture truly cinematic UHD videos. Also, being equipped with brushed motors, instead of more reliable brushed ones, it can be considered just a toy instead of a pro-grade drone, like one of the DJI products.

According to the advertised specs, the 1600 mAh battery allows up to 12 minutes of flight time. By comparison, the DJI Mavic Air 2 has almost 3 times better battery life.